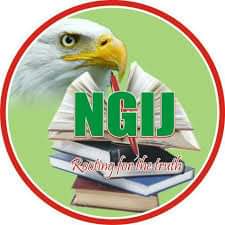 Members of the guild passed vote of confidence on the executive after presenting their stewardship during Special Congress held last week and renewed their mandate for another two years inline with provisions of NGIJ Constitution.

Recall that Ayoyemi Mojoyinola, a Lagos based journalist with over 20 years experience was inaugurated as first democratically elected NGIJ National President on 20th August 2020 after emerging victorious at the virtual election conducted in July.

The Congress hailed the executive for stabilizing NGIJ and providing framework towards fulfilling the core mandates of promoting transparency and accountability through Investigative Journalism.

Reacting, NGIJ National President, Ayoyemi Mojoyinola described the renewal of mandate as humbling experience and opportunity to strengthen the guild as well as reposition for public good and benefits of members across the country.

He appreciated the members and other stakeholders for their unrelenting support during their first tenure, noting that NGIJ would continue to uphold ethics of journalism profession,promote transparency and accountability in governance.