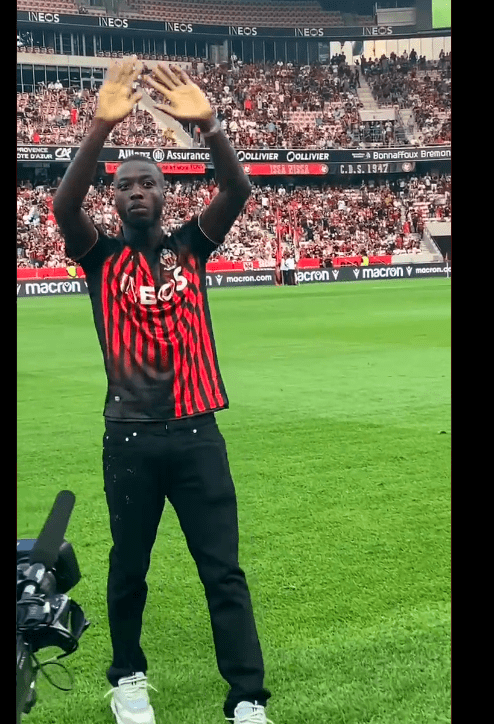 Pepe is the latest Arsenal player to go on loan following in the foot steps of Nuno Tavares, Pablo Mari and Folarin Balogun.

The arrival of Gabriel Jesus from Manchester City and the presence of Saka on the wings meant it was always gonna be tough for Pepe to play consistently this season hence the club’s decision to send him on loan.

The Gunners confirmed the loan deal on their Twitter handle on Thursday.

“Nicolas Pepe has joined Ligue 1 side OCG Nice on loan for the 2022/23 season,” the statement read.

“The 27-year-old joined us from French side Lille at the start of the 2019/20 season and has made a total of 111 appearances for us in all competitions, scoring 27 goals.

“The winger notably ended his debut season being in the starting line-up for the 2020 FA Cup Final, setting up the winning goal in our 2-1 victory over Chelsea.

“Nico has been a regular in the Ivory Coast national team since making his debut in 2016, being a part of his country’s squad at the Africa Cup of Nations in 2017, 2019 and 2021. He has made 34 appearances for Ivory Coast, scoring nine goals.

“Everyone at Arsenal wishes Nico well in France with Nice next season.

“The deal is subject to the completion of regulatory processes.”