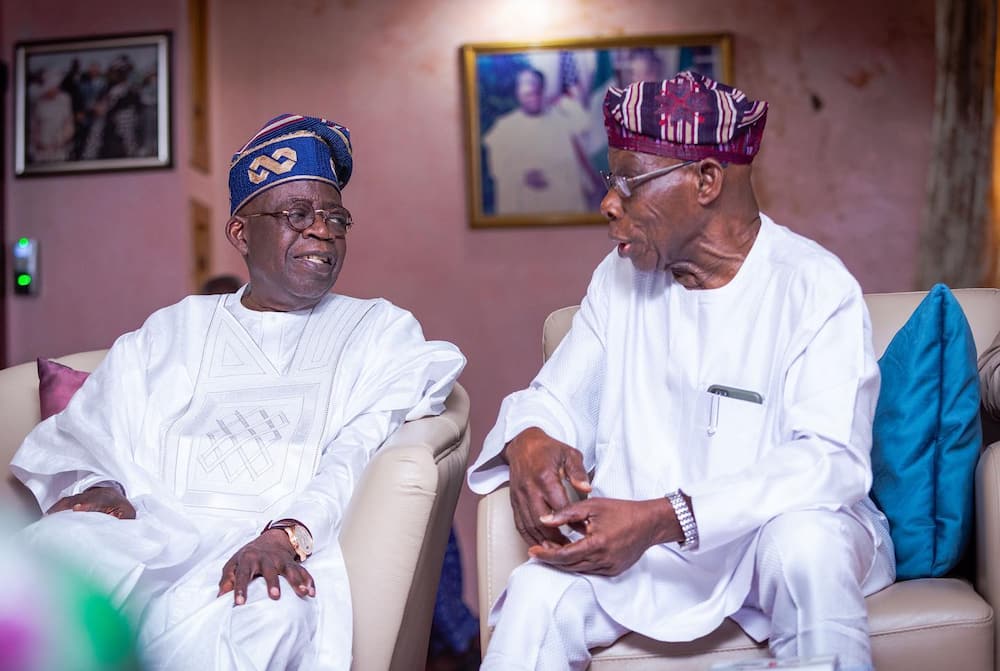 The former Lagos State governor made the claim while accusing Obasanjo of rigging the 2007 presidential election which brought Late Umaru Musa Yar’Adua into power as Nigerian president.

Asiwaju, who made the assertion during a presidential rally of the ruling party at the Teslim Balogun Stadium, Lagos State, alleged that Yar’Adua admitted being rigged into office before he died.

He said: “When he was asked, Umaru Musa Yar’Adua admitted that the election which brought him into office was rigged.

“Who conducted that election? Obasanjo. Obasanjo is the greatest election rigger in this country.”

Meanwhile, the APC national leader on Wednesday visited the ex-president over his 2023 presidential ambition.

Tinubu, who is seeking the support of Obasanjo to succeed President Muhammadu Buhari come 2023, met the former president behind closed-doors at the Olusegun Obasanjo Presidential Library (OOPL), Abeokuta, Ogun State.

In a tweet after the meeting, Tinubu expressed gratitude to Obasanjo and the Ogun State Governor, Dapo Abiodun for the fantastic welcome accorded him during the visit.

He wrote: “My gratitude to former President Obasanjo, Governor Dapo Abiodun and the great people of Ogun State for the fantastic welcome. Thank you.”