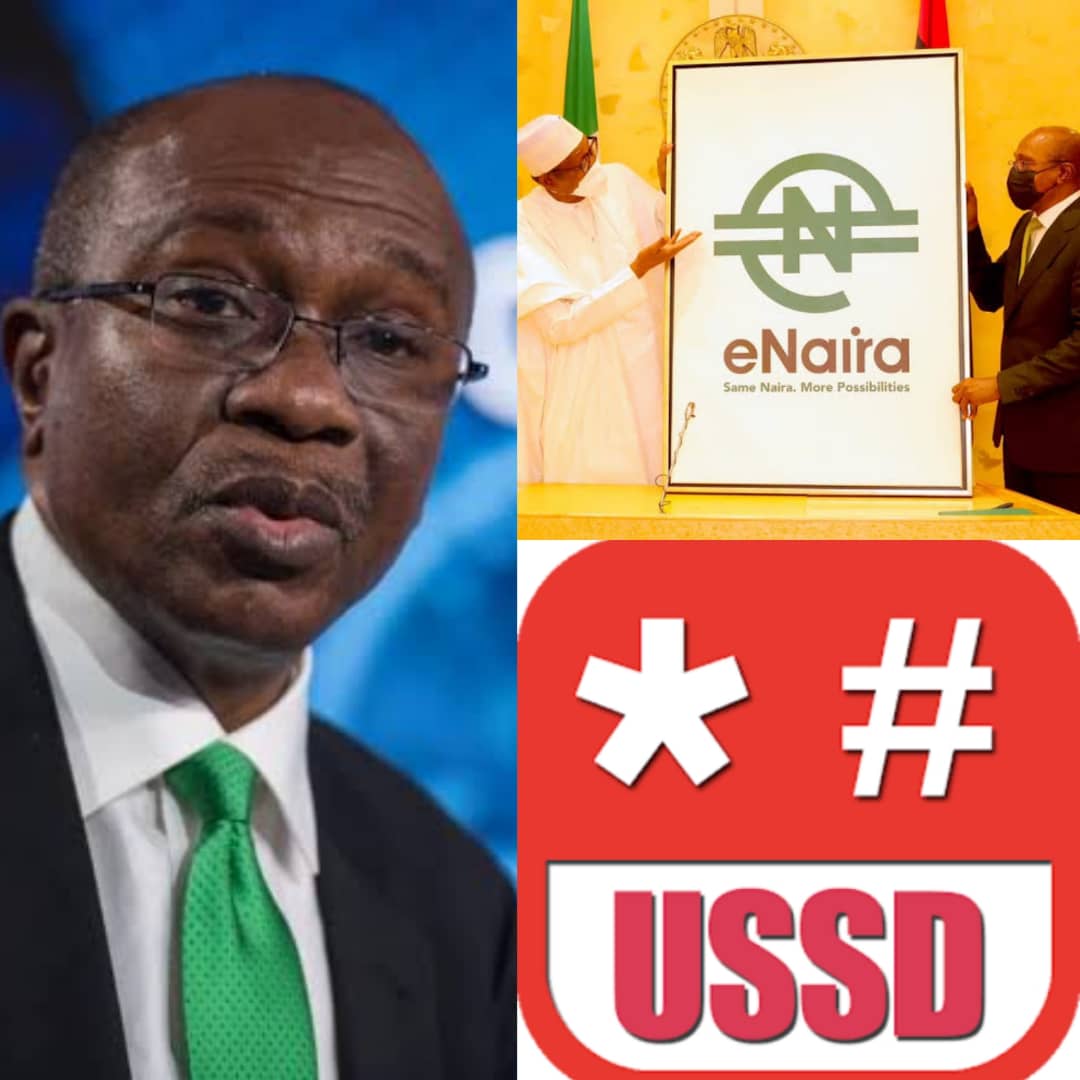 HAPPENING NOW!!! #Emefiele Says Nigerians Will Start Using USSD Code For #eNaira Transactions Next Week—-In a move to improve the acceptability of the eNaira, the Central Bank Governor, Godwin Emefiele, has said that Nigerians can now subscribe to the digital currency using short codes.

Emefiele who revealed this on Thursday during the eNaira Hackathon grand finale in Abuja said digital currency will soon become part of “our lives” and that 8 million users would be the fresh target.

The first phase of the launch was focused on banked users, while the second phase borders around financial inclusion.

The governor said, “As captured in the design paper released, eNaira is a journey, not a one-time event. This hackathon event is a continuation of that journey and the first among many to come given that the future of central banking is inextricably bound in innovation.

“We don’t have a choice but to live with the fact that we are now in a digital economy. In a digital space where the use of cash will dissipate to almost zero and the use of digital currency will increase and will now become part of our lives.

“The second phase of the project has begun and intended to drive financial inclusion by onboarding the unbanked and the underserved users leveraging offline channels. Hence greater success is envisioned for the project with phase two expected to deliver more gains with the target of eight million users based on estimation using the diffusion of innovation model.

“I’m pleased and indeed delighted to inform you all today that by next week, Nigerians both banked and unbanked will be able to open an eNaira wallet and conduct transactions by simply dialing *997# from their mobile phones.”

The acceptability of the digital currency has been the issue the apex bank is battling to improve.

The CBN Governor had accused Nigerian banks of frustrating the digital currency.

At the July Monetary Policy Committee meeting, Emefiele had said the apathy from banks stemmed from their inability to make huge revenue from the eNaira project.

To improve the adoption of the eNaira, the CBN partnered the African Fintech Foundry to bring innovative products that would support the digital currency.

Over 5,000 applicants applied for the hackathon while 20 of them were shortlisted and trimmed to the top ten.

Emefiele said part of his mandate as the apex bank governor is to chart the future of the Nigerian currency and deepen payment system.

He stated that the eNaira is the same naira with more possibilities and reduce the cost of processing cash.

“Shortly after this, both merchants and consumers with bank accounts can use the NIBSS instant payment NIP to transfer and receive eNaira to any bank account of their choice. This will further deepen the integration of the eNaira with the existing national payment infrastructure,” he added.

“In addition, the volume and value of transactions on the platform has been remarkable, reaching above 200,000 and N4bn respectively,” the governor said.