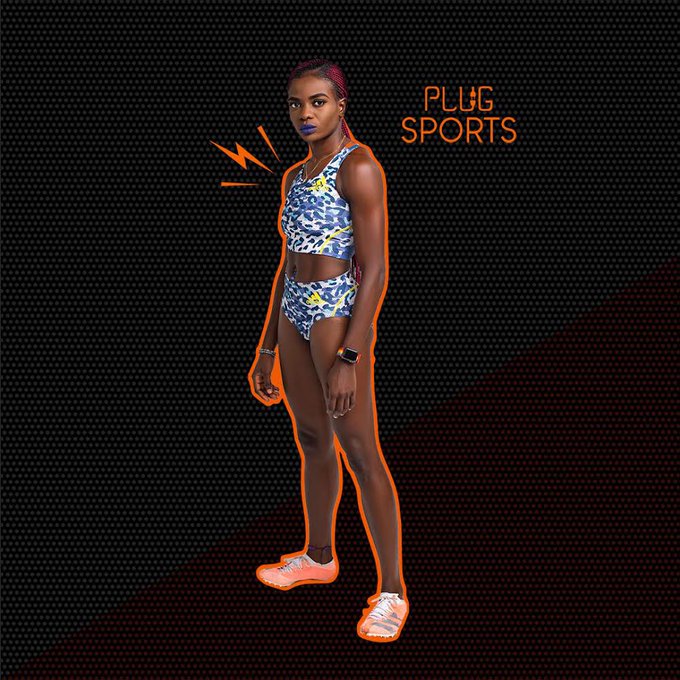 This online newspaper understands that this announcement was made known by the management of The Plug at a briefing session with journalists on Tuesday, August 16, 2022, at their office headquarters in Lagos.

Tobi Amusan is track and field athlete who specialises in the 100 metres hurdles but also competes as a sprinter and has just recently broken multiple world records. Apart from being Nigeria’s first ever gold medallist in the championship, Amusan’s 12.06 seconds mark, wind-added (+2.5 m/s), was the first in 36 years. It was also the fourth world record set in women’s hurdles.

Unveiling the deal, Lanre Vigo, Head of Sports at The Plug, sharing his excitement at the signing of the sports star noted that it was a dream come true and that the company is incredibly happy to have Ms. Amusan onboard. “I’m indeed very thrilled to announce the signing of world record holder Tobi Amusan to Plug Sports. Plug Sports will be looking after Tobi Amusan’s off-the-field interests in Africa. Tobi is a phenomenal person/athlete myself and my team are looking forward to collaborating with her.” Vigo shared.

Speaking further, Vigo added that in the last couple of weeks, Tobi had created plenty of excitement for Nigerians and indeed Africans through her spectacular performance, aspiring young people across the globe to reach for their goals.

Borni in Nigeria Tobi hails from Ijebu Ode, Ogun state. Her running career began at the age of 15, when she entered and won an inter-house competition in the 100m sprint. Amusan was inspired to take up the sport after defeating a runner who was exercising at the local athletics stadium that day. She began formal training. Tobi Amusan is managed by icon Management Inc. based in Atlanta, GA, USA, and is coached by Lacena Golding-Clarke.

Read Also:  For The Love Of Beer

She completed her secondary education in Nigeria at Our Lady of Apostles Secondary School in Ijebu-Ode before relocating to the USA for her undergraduate studies at the University of Texas at El Paso (UTEP).

Her parents are teachers who set the tone for her upbringing in the Nigerian town of Ijebu Ode, where she was raised in a strict scholarly environment. Her existence, as she recalls, revolved around school, sleeping, eating, and reading books.