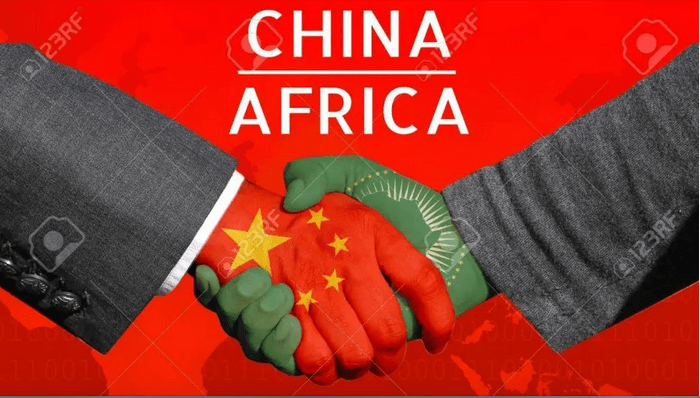 #China Reaffirms Commitment To Sustaining Cooperation With #Africa—-Wu Peng, the Director-General, Department of African Affairs, Ministry of Foreign Affairs of China, has reaffirmed the country’s commitment to sustain cooperation with Africa.

Wu said this at meeting with African Journalists under the auspices of the China Africa Press Centre (CAPC) Programme 2022, which began in June in Beijing.

According to him, it has been 66 years since China- Africa officially opened diplomatic cooperation.

He also quoted President Xi Jinping as saying “China and Africa 8th Ministerial Meeting on FOCAC in Dakar in November, 2021 commended friendship between China and Africa.’’

“China will work closely with African countries to implement linked-programmes in the next three years.’’

According to him, this includes programmes which are related to medical service and health, poverty reduction and agricultural development, as well as investment promotion.

“We are still fighting to contain COVID-19 since the outbreak of the pandemic, China has so far provided about 260 million doses of vaccines to 55 African countries and African union,’’ Wu said.

See also  ATTENTION!!! Why You Need To Be Very Careful While Buying Face Masks From Hawkers

The director-general also said that China had also provided about 120 batches of emergency supplies to African countries and all have diplomatic relations with China as well as contributed to Africa’s early recovery from the pandemic.

He said that although the Centre for Disease Control (CDC) had a quota contribution, the first phase had been through an order, adding that the work would be completed in 2023.

“China has already constructed the African CDC in Addis Ababa, and it will be completed in 2023.’’

“The other programme I would like to mention is Agriculture, you know when FOCAC was held in 2021, there was no Ukraine crisis, but we already focused on agriculture with Africa.

“The reason we believe in the potential of agriculture in Africa is that agricultural development is huge, you have lots of arid land.

“Unfortunately, you still have to import lots of grapes from the outside world which costs a lot of currency and actually damages your international balance sheet,’’ the director-general said.

He said that failure to prioritise agriculture could hinder speedy economic growth in Africa, advising that more should be done through Public Private Partnership to ensure food security.

Wu also stressed the need for proper implementation of outcome of FOCAC meetings to bring about full realisation of set goals.

This does not make sense, you have lands, you have labour forces, I think we just need the right policy to promote private investment in industrial large-scale farms to improve our food security.

“Why this has become important is that due to the Ukraine crisis, food prices globally were hiked and that is why going forward, we must finish construction of the project in the future.

“African governments have already noticed development of agriculture is a priority to deal with the crisis of increasing food prices, we want African countries to follow-up action plans from FOCAC meetings and the outcome of results.

`Normally, when we have FOCAC meetings we just produce some document, we need more concrete actions, we must concentrate,’’ Wu said.

According to him, China and Africa have decided to hold the coordinators meeting under implementation to follow-up action on the 8th Ministerial Meeting of the FOCAC.

He said that in the future, the department would communicate with its African partners through coordinator of the Ministerial level to achieve targets.

Wu, however, said measures had been put in place for China and Africa to organise meetings, discuss proper ways to follow-up programmes, action plans, declaration and long term plans.