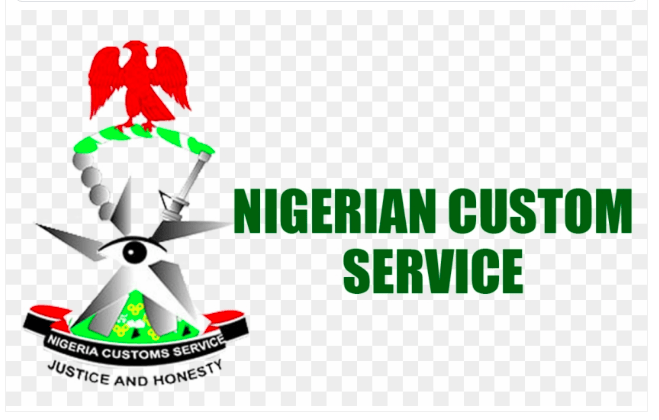 Customs Intercepts 234 Tonnes Of Fertiliser Along Nigeria-Cameroon Border—The Nigeria Customs service (NCS), Adamawa/Taraba Area Command says it has seized 234.5 tonnes of fertiliser and other contraband about to be smuggled into Cameroon Republic.

The Service said it had recorded 69 seizures along Nigeria – Cameroun boarder with the Duty Paid Value (DPV) of N232.11 million between January and June, 2022.

The Comptroller of Customs, Mr Adeboyega Ganiyu, in charge of the Command, stated this while responding to a survey by the Newsmen on smuggling of government’s subsidised products.

He said the Service had scaled up patrol and campaign activities to tackle smuggling in the country.

He said personnel of the Service seized 4,649 bags of fertiliser weighing 234.5 tonnes and other items at the entry and exit points of Nigerian border with Cameron.

The Comptroller listed other items to include 22 vehicles; 1,500 sachets of Tramadol tablet, 392 bags of foreign rice and 70 bags of unpeelled foreign rice.

Ganiyu attributed the feat achieved to the snergy with sister security agencies and support of members of the general public.

The NCS, he said had declared zero tolerance to any act capable of undermining the economic strength of the country.

According to him, the Service will not allow unscrupulous elements bent on sabotaging the economy of the country to take advantage of the proximity to the border by engaging in illicit trans-border activities.

In Borno which shared common border with Cameroon, Chad and Niger Republics, smuggling had been slowed due to closure of the border occassioned by the decade-long Boko Haram insurgency.

Borno border Cameroon in the east, Chad to the northeastern part, and Niger Republic to the north.

However, some elements have been engaged in smuggling of petrol and fertiliser along the border in spite of the ban imposed by the military on circulation of Urea brand of fertiliser in Borno and Yobe.

Shettima Ali, an oil marketer, said the lucrative nature of smuggling attracted many people in the border communities in spite of the risks.

He said that petrol was being sold above N600 per litre while a bag of fertiliser sold above N40,000 in neighbouring countries.

“The smugglers usually pass through Michika, Madagali or Mubi in Adamawa to smuggle contraband into the neighbouring countries.

“Sometimes petrol conceled in five-litre keg is transported on trucks and motorcycles through Gaidam in Yobe.

“Fertiliser is in high demand here and across the border. It is banned by the military because the insurgents used it to make Improvised Explosive Devices (IEDs).

“Smuggling is highly dangerous because when you get caught you will be level as Boko Haram supplier or collaborator,” he said

Also, Mr Bukar Babagana, a member of the Depot and Petroleum Products Marketers Association (DAPPMA), in Borno, who corroborated earlier opinion, alleged that many fraudulent marketers amassed wealth through petrol smuggling along the borders.

He alleged that some fuel servicing stations in border communities engaged in illicit trade.

To address the menace, Babagana advocated for establishment of retail outlets on the entry and exit points across the country.

For his part, Bashir Abdulkareem, an economists, called for total reform of the oil sector to end petroleum subsidy regime to encourage competition and enhance availability of the products.

“Petrol smuggling thrive when there is scarcity of the product. The border posts in Borno are closed and manned by the military but still smuggling continue unabated,” he said.

According to him, practical measures are imperative to end smuggling and protect the nation’s economy.