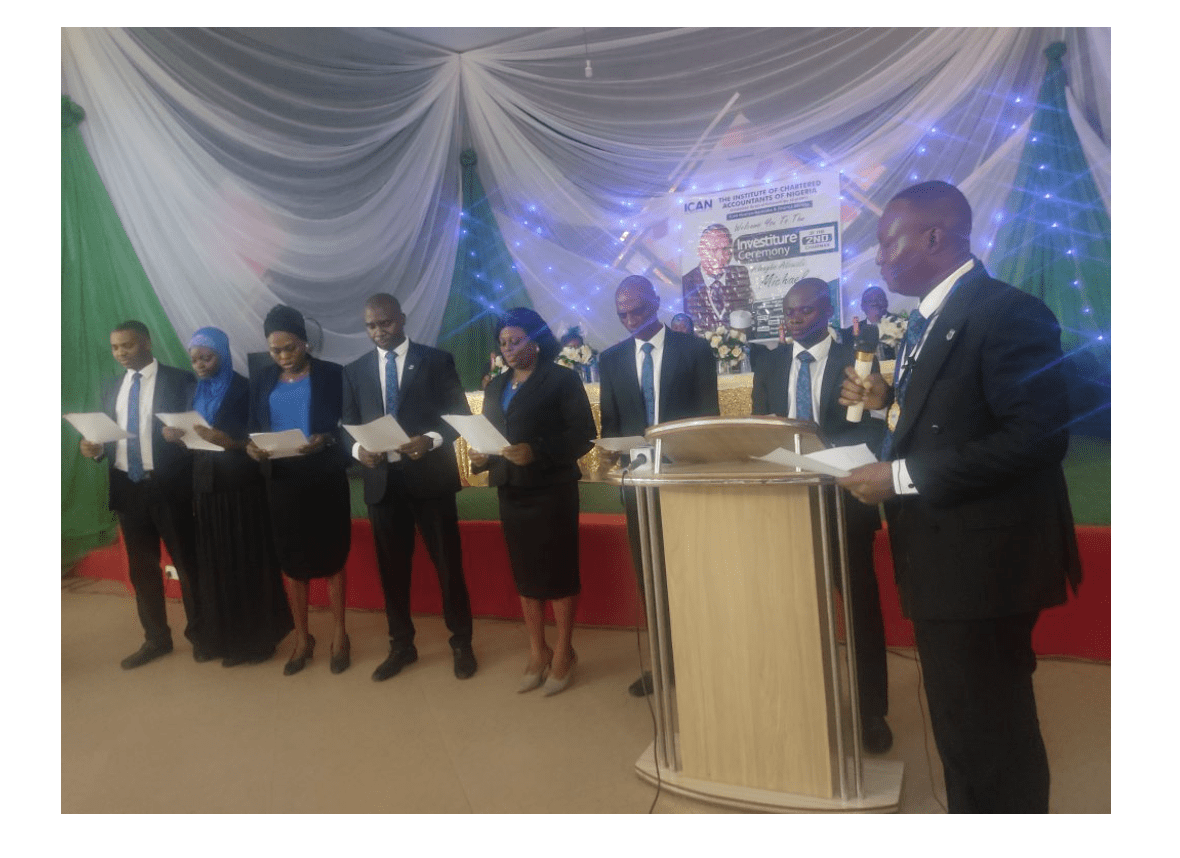 The eight-member executive committee, headed by its Second Chairman Micheal Adeagbo will be in office for one year.

Speaking during the investiture in Abuja, Adeagbo said that the society would ensure it encouraged young students to build a career in accountancy for the economic growth of the country.

He noted that the district under his watch would be promoting integrity and accountability among its members.

“I want to give God the glory for making today to be a reality, this is a dream come true as on Nov. 7 2020, this district was inaugurated.

“Today as I become the second chairman of the district, I have a lot of plans that we will be executing with the executive members for the 2022/2023 chairmanship year.

“The first we have in mind is the catch-them-young programme, we have so many young graduates who are around, we will want to bring them on board.

“Like our motto says accuracy and integrity, my word of advice to my professional colleagues is to uphold the tenet of the profession and we are going to be preaching that.

“We will make sure that at our district meetings, we will bring people on board that will be speaking with us on the importance of upholding our ethics,” he said.

Malam Tijjani Musa, 58th ICAN President, urged the the new executives to work in unity and for the progress of the district and the institute in general.

Musa, who was represented by Hajia Queensley Seghosime, the Governing Council member of the Institute, also advised accountants in the country to be accountable and work within the ethics of their profession.

“My advice is that they continue in the way of the old executives, they should work together to move the district and institute forward.

“Our motto is integrity and accuracy and I want to plead with them to continue to stand by that motto.

“They should not in any way compromise the work that they do as ICAN members, they should not get involved in things that are unbecoming of a chartered accountant,” he said.

Also speaking, Dr Philip Salawu, Former Deputy Governor of the institute in Kogi and the chairman of the occasion, called on accountants in the country to work with a sense of probity and honesty.

“My advice to them as chartered accountant is that they should know that they are the custodian of liquid assets in any organisation, both private and public.

“So they have to possess a high level of integrity and responsibility so these assets are well managed,” he said.

Also, Mr Peter Alemoh, the Immediate past chairman of the district, called on the government to review some policies that would encourage those in the accounting profession.

“Before now, a chartered accountant starts from Salary Grade Level 10 in the public service, but now, they are made to start with Salary Grade Level 8 which is not encouraging for those who have studied to get their qualification.

“I believe that the government will look at that policy and revert to status quo,” he said.