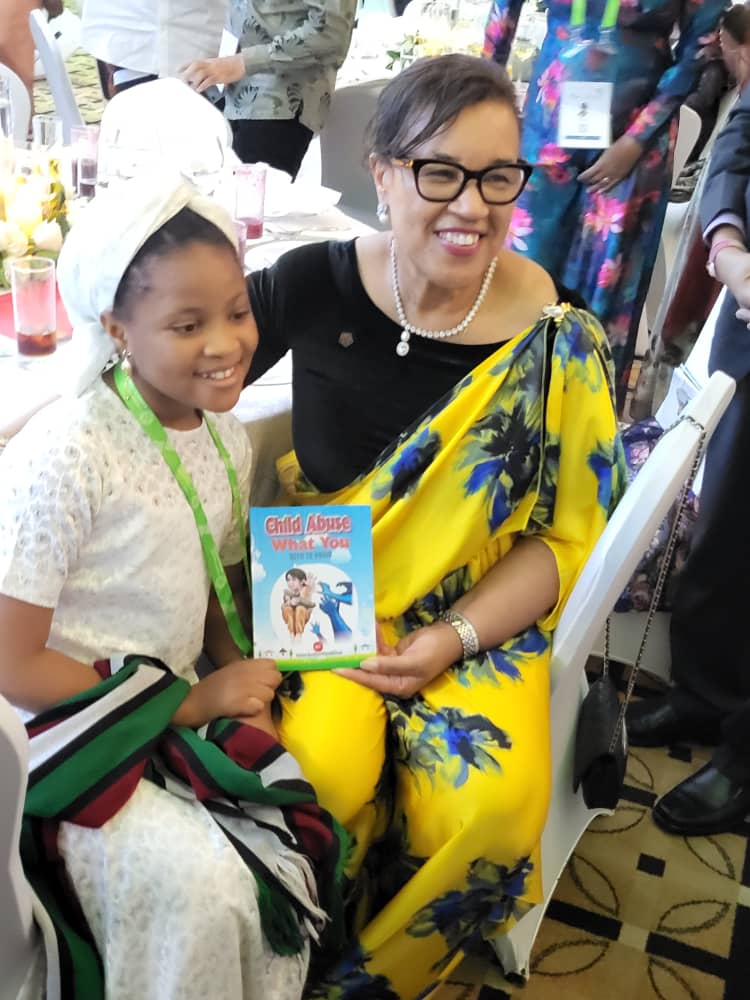 9-Year-Old Appeals To World Leaders To Help End Child Abuse And Molestation—–Halima Abdulkareem, a nine-year-old child advocate, has appealed to Commonwealth leaders to join forces to end child abuse and molestation in Africa and in the world.

Halima, an African made the appeal at the Women’s forum at the on-going Commonwealth Heads of Government Meeting in Kigali.

The child, who appeared to be the youngest member of the forum, was recognised by Prof. Ruth Kattumuri, Senior Director Economic, Youth and Sustainable Development at the Commonwealth of Nations.

Kattumuri invited the child advocate to make a short remark at the meeting.

“I am a child advocate and I speak for children all over the world who are being abused and molested,’’ she said.

In an interview with the News Agency of Nigeria (NAN) on Sunday, the child advocate appealed to all to contribute to end of the menace.

“Every day, one out of 10 African children is molested and has no voice to speak out.

“For more than two years ago, I took it upon myself to be the voice of the silent majority of children that are molested and abused without getting justice.

Halima, an ambassador of the United Nations Rescue Service, has authored a book: “Child Abuse and what you need to know’’.

She said the book, which is yet to be made available publicly, would be distributed to schools to enlighten pupils about child abuse