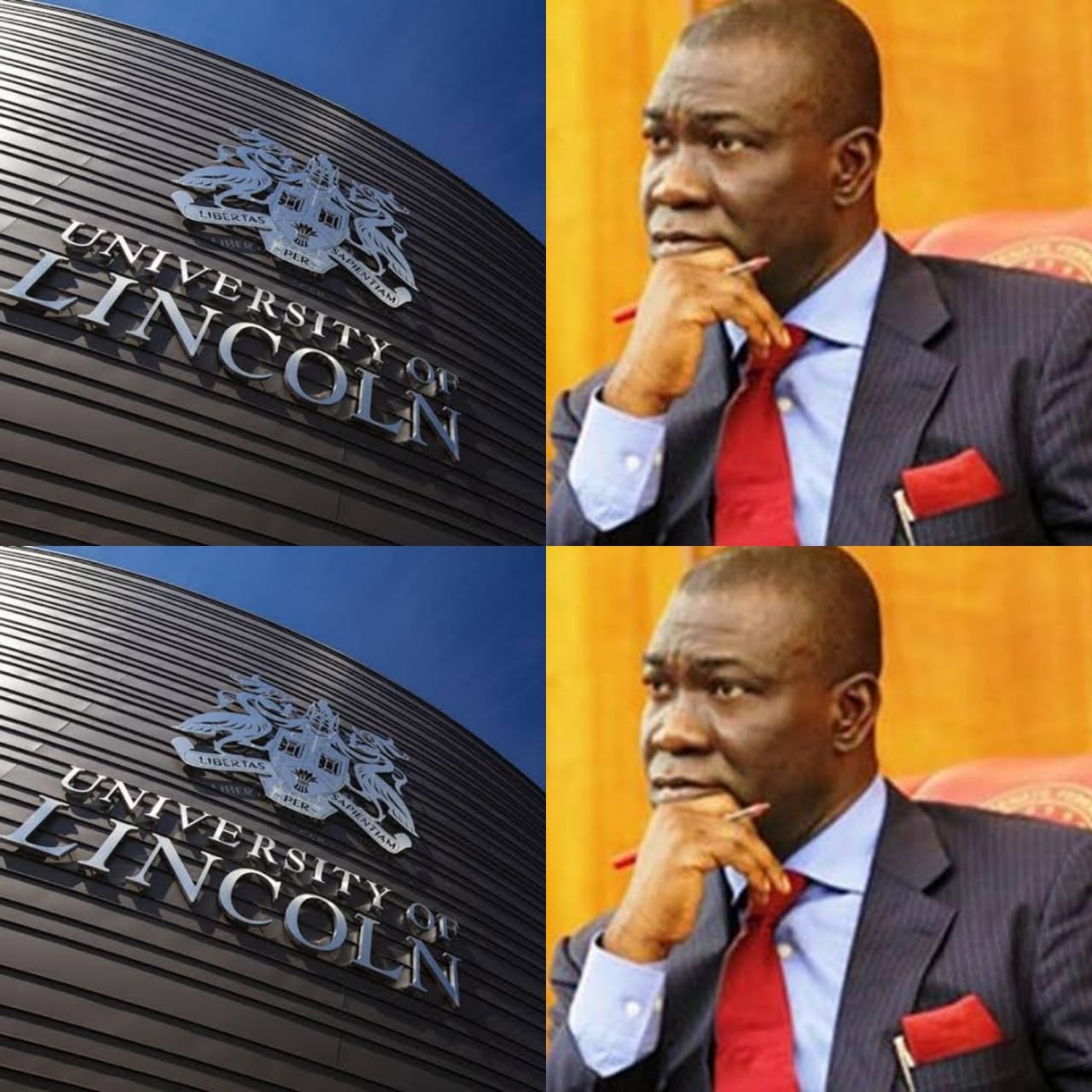 JUST IN: UK University Bans Ike #Ekweremadu Over Alleged Organ Harvesting—-Ike Ekweremadu, a former Nigerian Deputy senate president and the senator representing Enugu West Senatorial District, has been banned by Lincoln University, United Kingdom, from his duties as a visiting professor pending the conclusion of the organ harvesting allegation levelled against him.

According to a report by Daily Mail UK, the ban was imposed by the institution following the arrest and subsequent arraignment of Ekweremadu and Beatrice, his wife, at the Uxbridge Magistrate Court in London for alleged plans to harvest the kidney of Ukpo Nwamini David, a minor, on June 23

Ekweremadu and his wife are accused of facilitating David’s entry into the UK to transplant his kidney into their daughter who is suffering from kidney failure. The former Deputy Senate President of Nigeria was recently appointed a visiting professor of Corporate and International Linkages by the British school.
“Visiting professors are often, as is in this case, non-resident at the university, unpaid and advisory,” a Lincoln University spokesperson said.

“We are deeply concerned about the nature of these allegations, but as this is an active police investigation, we cannot comment further at this stage.
“Whilst this matter is subject to investigation, this person will not be undertaking any duties as visiting professor at Lincoln.”

David claimed he did not know he was in the United Kingdom to donate a kidney until he went for a hospital appointment with the Ekweremadus. A doctor at the Royal Free Hospital in Camden, London, was concerned that David might not be aware he was a kidney donor. The doctor also doubted that the minor was 21 as his passport claimed.

While appearing in court on Thursday, the senator and his wife, who is a medical doctor, however denied trafficking David to the United Kingdom.

“The victim was 15. In Nigeria he was approached by both defendants. He was homeless on the streets of Lagos. They deceived him and promised him a better life in the UK. He was given a passport for a 41-year-old. The passport was illegally obtained by these defendants,” Damla Ayas, the prosecutor, told the court during the couple’s first hearing.

“He was provided with a medical travel visa saying the purpose of the travel was to provide medical treatment for the defendants’ daughter who was undergoing dialysis in relation to a number of health issues.

“It was premeditated; it was planned. Blood tests were obtained in Nigeria and he travelled to the UK in February this year.

“The consultant was concerned about his actual age and was concerned he was not aware he was the donor of the kidney. He only found out that the purpose of his visit was for an organ transplant when he visited the hospital.”

The Ekweremadus were arrested at Heathrow Airport as they attempted to board a plane to Turkey.

David is now under the care of safeguarding authorities and the Metropolitan Police.

MEANWHILE, in fresh a twist, the passport of David , the young man who was to donate a kidney to Sonia , daughter of Senator Ekweremadu, has emerged, indicating that he is 21 years old.

According to information on the data page of Nwamini’s international passport seen by THE WITNESS, which Ekweremadu provided in an introductory letter in the medical visa application submitted to the British High Commission in Abuja, the nation’s capital, he was born on October 12, 2000.

But under British law, being above 18 is not enough to be an organ donor, as the question of consent is another burden the Ekweremadus will have to discharge.

Yet, questions would remain with respect to whether the birth date on the passport is indeed his real age.