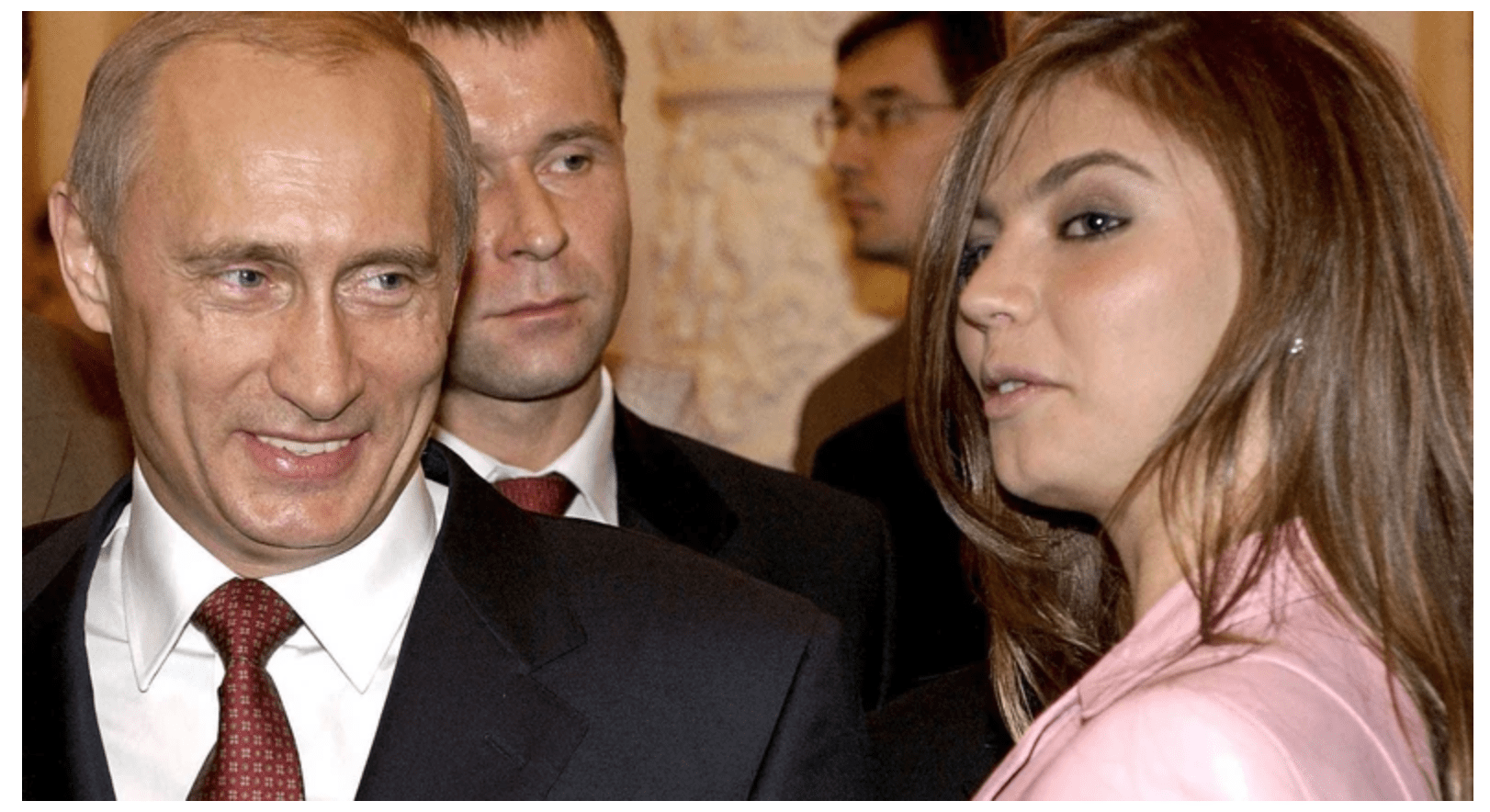 #Putin Is Dead? Pay Attention When #Russia Starts Broadcasting ‘Swan Lake’—–Vladimir Putin’s enemies are keeping a close eye on a bird in pointe shoes, because a broadcast of “Swan Lake” may reveal his demise.

The ballet—a more-than-century-old staple of our own highbrow culture—is one of Russia’s most famous contributions to the arts. It is a work that contains all the pathos and depth of the modern Russian nation, a dark story with a tragic ending. (Or a happy one, if one delves deeper in the ballet’s evolution.) It’s also a secret key to the state of things in the Kremlin.

Swan Lake has all the elements of a modern-day binge-able series: young, scantily dressed women, a winged sorcerer, an evil stepmother, a handsome prince, a double suicide.

The staff walked off the set and asserted their power to have the last word through Tchaikovsky’s dramatic music and the disciplined dancing of a corps of ballerinas. The airing of the Soviet recording of the ballet made NBC’s nightly news two days later, leaving many Americans puzzled by the telecast of old Swan Lake footage during dead airtime.

But TV Rain’s gesture was perfectly legible to Russians. Symbolizing much more than nostalgia, it was the latest in over a half-century of Russian and Soviet media utilizing the ballet as an indication of crisis—and even leadership change.

There are several Swan Lakes, and while the image of swans dancing to Tchaikovsky’s score has become a symbol of change in Russia, it also alludes to the very question of war and peace. So yes, someday soon, state-owned Russian television may play Swan Lake, but which Swan Lake will they air: the original version, the Soviet version, or a liberated version that hasn’t been seen yet?

First, a bit of history about why so many historians and Eastern Europeans took to Twitter to pray for Swan Lake’s swift appearance. To see dancing swans is, to use @asiktspolitruk’s words, “the equivalent of white smoke from the Sistine Chapel’s chimney in Rome announcing a new Pope.” The broadcast would indicate that the end of Vladimir Putin was near.

When Leonid Brezhnev died in 1982, state-run television broadcast a full-length Swan Lake in lieu of a death announcement. The same footage was aired after the deaths of Yuri Andropov in 1984 and Konstantin Chernenko in 1985.

In her book Like a Bomb Going Off: Leonid Yakobson and Ballet as Resistance in Soviet Russia, Janice Ross suggests that these screenings of the Russian ballet were used as a stalling tactic, allowing Soviet leadership time to plan while “soothing the masses.” Ballerinas would dance and the public would wait, calmly, applauding the screen.

The same technique was used in 1991 when communists attempted to overthrow Mikhail Gorbachev. Swan Lake aired for three days straight while the public waited it out. In 2011, the Russian national television channel Kultura aired a rebroadcast of Swan Lake to commemorate the attempted coups’ 20th anniversary.

In more recent years, Ukrainians have also utilized the symbolism of Swan Lake to quietly comment or speculate on Kremlin events. In 2014, shortly after Russia annexed Crimea, four dancers dressed as swans emblematically walked through an outdoor display of tanks at Odessa’s military history museum.

About a year later, in March 2015, Andrii Kapranov created a website to track the disappearance of Putin, who seemingly went missing for eleven days that month. In the background he looped an image of the iconic Dance of the Cygnets pas de quatre. Ballet, and specifically the nineteenth-century classic, had become a form of resistance.

Last month’s screening of Swan Lake on TV Rain was similarly directed at Putin, simultaneously a demonstration of solidarity with Ukraine and an ominous death wish. Social media seemed oblivious to the full signifying capacity of the swans.

The public, aware that airing Swan Lake in Russia has historically corresponded to leadership reorganization (and sometimes death), tweeted a range of responses, the most common being a prayer and meditation for state TV to air the Soviet classic.

But there are different versions of Swan Lake, and while those that aired in 1982, 1984, 1985, 1991, or a few weeks ago share the same Tchaikovsky score, their choreography can differ. The ending can convey everything from tragedy to happiness. That is because Swan Lake has a complicated history; its libretto rewritten numerous times over the years.

Broadcasts of “Swan Lake” could indicate the death of Russian President Vladimir Putin. In this image, this version of “Swan Lake” stars David Motta, who was a member of the Bolshoi, but resigned over the war in Ukraine.

Ballet always has a subtext and the nineteenth-century corps de ballet is often thought to exemplify a vision of discipline, harmoniousness and uniformity. Swan Lake’s corps is also uniquely double-coded, at forceful and full of military precision while also seductive and beautiful.

It is a coding which is replicated on a sonic level through Tchaikovsky’s score. A ballet which finds beauty in homogeneity reflects deep-seated Russian values: Swan Lake is primed visually, sonically and kinesthetically to suggest robust nationalism. But who or what the swans seemingly represent is more complex.

In the original version of Swan Lake, which premiered at the Bolshoi Theatre in Moscow in 1877, Odette is a swan-maiden whose evil stepmother is trying to kill her. Her only protection is a crown she was given by her grandfather.

If Odette marries, the evil stepmother’s plans will be thwarted. Prince Siegfried falls in love with Odette and vows to marry her but is tricked into infidelity by the demon Von Rothbart and his daughter Odile. Determined to be with Odette, Siegfried rips the crown from Odette’s head and throws it into the lake; Odette dies in Siegfried’s arms.

In 1895, Marius Petipa and Lev Ivanov’s most widely referenced version of Swan Lake was created for the Mariinsky theater in St. Petersburg (today the Kirov).

Tchaikovsky had died just two years prior, and Riccardo Drigo was asked to make some revisions to the original score, working with Tchaikovsky’s brother Modest to adapt the libretto. Modest retained the ballet’s core elements but massively altered the story. In this version, an evil genie (in owl form) is responsible for Odette’s spell. Instead of fearing death, Odette fears that she will forever remain a swan.

The biggest difference, though, is in this version’s ending. Rather than Odette dying in Siegfried’s arms, the ballet concludes with the two lovers killing themselves together, believing that their only chance at happiness is in the afterlife.

The ballet ends with an apotheosis, where true love triumphs over evil. The choreography from this restaging of the ballet has remained central to both the Kirov and Bolshoi ballets’ versions, as has a narrative of good overcoming evil.

Between 1920 and the 1980s, before the end of the Cold War, Swan Lake was presented in yet more adaptations, where moments of institutional and social transition were portrayed. Each version revealed something about Russian leadership and the political climate at the time. In Swans of the Kremlin: Ballet and Power in Soviet Russia, Christina Ezrahi discusses the Bolshoi’s 1920 adaptation, which emphasized the ballet’s struggle between good and evil, represented by the white and black swans. Ezrahi astutely pins this battle on the ongoing fight between communism and capitalism which consumed Soviet Russia at this time.

During the early Stalin period, the Kirov Ballet made further revisions, exploring Prince Siegfried’s personal psychology, making his descent into madness central to the ballet’s drama. But then pressure from Josef Stalin and Soviet government officials led to a new choreography—and an extremely happy ending in 1945. This joyous conclusion was supposed to cultivate optimism. That version persisted. When choreographer Yuri Grigorovich proposed returning to the tragic ending in 1969, the post-Stalinist Soviet state rejected the Bolshoi production, blocking the public from seeing a version that might seem to warn of a dreary future.

This past March, Swan Lake again was performed at Moscow’s Bolshoi theatre. Dancers performed Grigorovich’s 2001 version, a plotline which followed the tragic ending he initially proposed in 1969. Siegfried is defeated in a confrontation with the Evil Genius, who summons up a terrible storm which makes it impossible for Odette and Siegfried to unite.

The prince is left alone at the lake. The music ends on a darker note as well. Competing theories of Vladimir Putin’s madness, physical decline and even his hold on power can all be extracted from the performance.

Swan Lake is ripe with possibility, able to convey the full tragedy of the Russian state, of nationalism, of transition, of war and the defeat of evil. As so many of Ukraine’s ballerinas have demonstrated in joining in the defense of their nation, dancers’ bodies are not just beautiful and disciplined. They are capable of so much more—of resistance.

Maybe someday soon Russian state TV will air Swan Lake. Will we just return to an old version, of two people ending their own lives? Or can we, like the famous ballet, define the future, turning this story on its head, truly defeating evil and allowing Ukraine to live happily ever after, now, in this life?

Brynn Shiovitz, PhD, is a lecturer in Dance at Chapman University in Orange, California. She is the editor of The Body, the Dance, and the Text: Essays on Performance and the Margins of History (McFarland 2019), and the author of the forthcoming book, Behind the Screen: Tap Dance, Race, and Invisibility During Hollywood’s Golden Age (Oxford University Press, 2022).