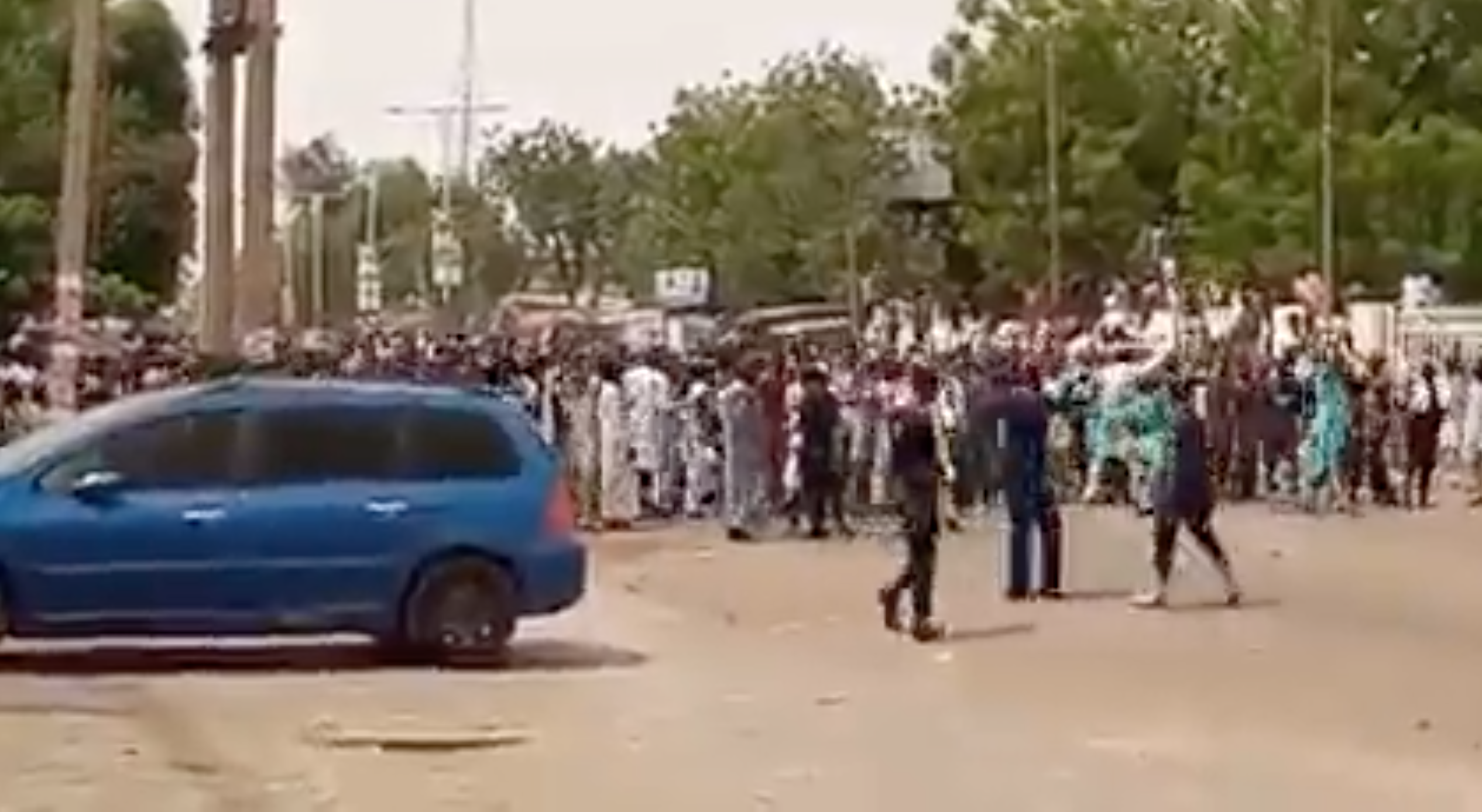 According to a post on the verified Facebook page of the Sokoto State governor, the Special Adviser on Media and Publicity to the governor, Muhammad Bello, said the decision was “in pursuance of peace and order in Sokoto metropolis and the entire state.”

This newspaper earlier reported that there was pandemonium and palpable fear in Sokoto metropolis as protesters in their hundreds trooped into streets to express their displeasure over the detention of two suspects arrested by the Police over the killing of Deborah Yakubu, a 200-level Home Economics student of Shehu Shagari College of Education, Sokoto, over alleged blasphemy.

Major streets such as Ahmadu Bello Way, Kano Road, where banks are located and Emir Yahaya Road, are currently deserted with business places and shops closed.

The grouse of the protesters, according to a report by Leadership, was Sultan Abubakar’s condemnation of the dastard killing of late Deborah Yakubu.

Unperturbed with the presence of security personnel in some strategic areas within the state capital, the protesters in their large numbers stormed Ahmadu Bello Way church line, where Catholic, Anglican, Baptist, ECWA and C&S churches are located.

Attempts by the protesters to set the St. Mary Catholic Church ablaze was also resisted by armed security personnel drafted to the area, who fired several cannisters of teargas to disperse the irate protesters.

The protesters, however, succeeded in burning down a car around St. Mary Catholic Church.