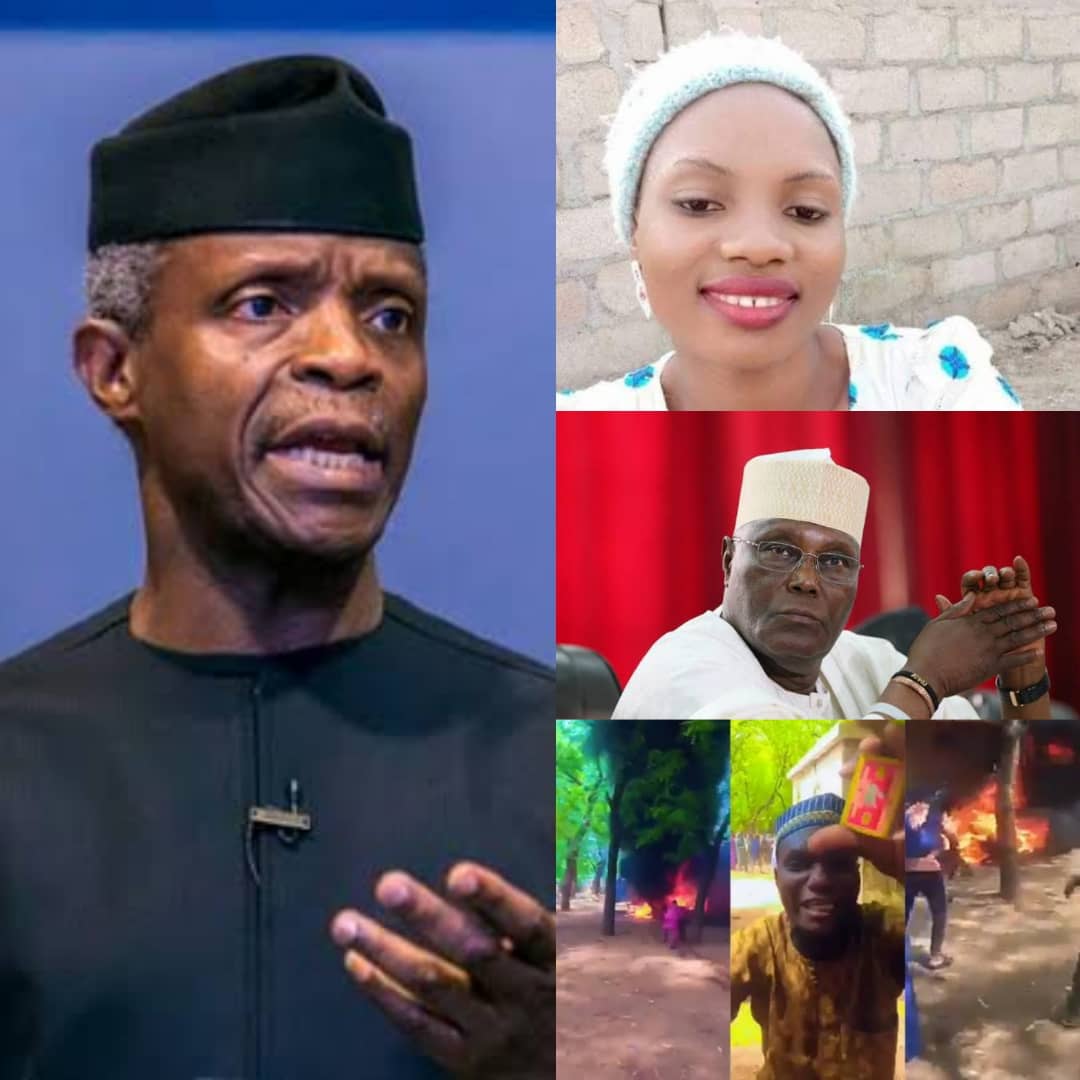 #Islam: Unlike #Atiku, #Osinbajo Condemns Killing of #Deborah Samuel Over #Blasphemy—-2023 President Aspirant, Vice President Yemi Osinbajo has condemned the mob killing of Deborah Samuel, the Year 2 student of Shehu Shagari College of Education, Sokoto over accusations of blasphemy, saying that nobody is permitted to take the law into their own hands.

Osinbajo said there are set processes to redress wrongs and the law does not allow anyone, no matter the provocation to take the law into their hands.

He said: “The President has reacted to this, a statement which was issued earlier condemning the action. I must say that it’s a deeply distressing thing, very disturbing – such an atrocious killing of the young lady by a mob who took the law into their own hands. I think it’s very unfortunate;

See also  FFK: #Atiku Murdered #Deborah All Over Again & Pissed On Her Grave

He commended the Sultan of Sokoto, and the state government for their swift actions in curbing the rampage. “The swift reaction of the Sokoto State Government and also the Sultan of Sokoto is highly commendable. I think that their swift reaction to the situation clearly demonstrated the outrage of millions of Nigerians and also demonstrated the desire of everyone to ensure that the perpetrators are quickly apprehended and prosecuted”, he said.

He added that “as the President said, there’s really no excuse for anyone to take the law into their own hands no matter the provocation, there are set processes for ensuring that we are able to redress whatever wrongs that are done against us;

See also  If Elected President In 2023, #Osinbajo To Reduce Out-Of-School Children By 5.25 Million

We must express our condolence to the family of the young lady Deborah Samuel. I can’t imagine how her parents and siblings and members of her family feel, not just about her death, but the very horrendous nature of its occurrence. I think it’s very sad indeed, and we extend our sincere condolences to them. We ask that the Almighty will comfort them at this time”, he concluded.