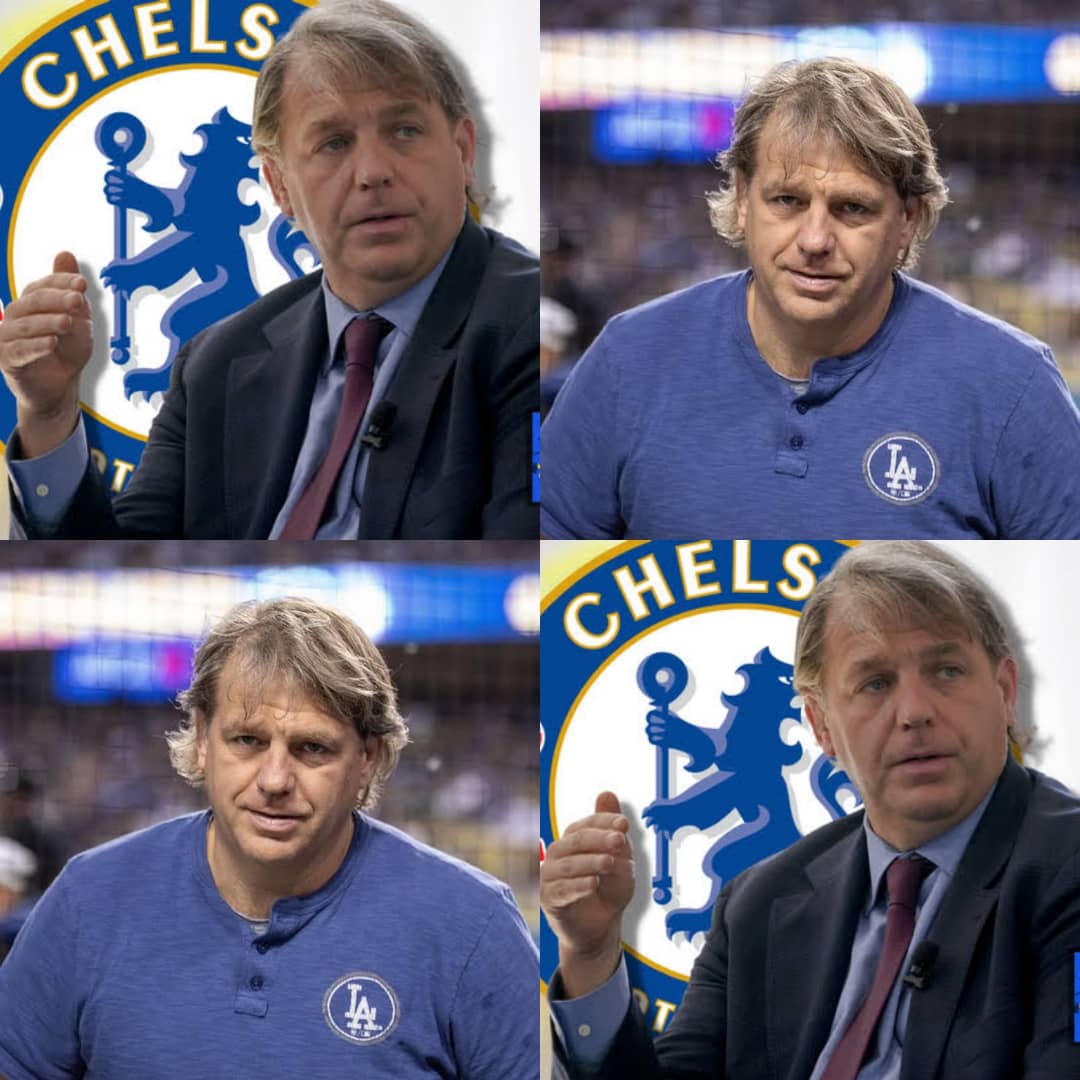 The Genius Media Nigeria reports that Todd Boehly, who is the new Chelsea FC, has been trending since the London Club, Chelsea Football Club officially announced the signing of £4.25 billion deal with consortium led by LA Dodgers co-owner Todd Boehly.

This online news platform understands that the US baseball team’s co-owner has won the race to buy the Blues amid the most public major sports franchise takeover in history.

The club was put up for sale in March by Roman Abramovich shortly before he was sanctioned over alleged links to President Vladimir Putin amid Russia’s invasion of Ukraine.

The new owners must now wait for Premier League and UK Government approval before rubber-stamping the takeover. Chelsea expect the sale to complete by the end of the month.

“Chelsea Football Club can confirm that terms have been agreed for a new ownership group, led by Todd Boehly, Clearlake Capital, Mark Walter and Hansjoerg Wyss, to acquire the Club,” the Chelsea statement said.

“Of the total investment being made, £2.5bn will be applied to purchase the shares in the Club and such proceeds will be deposited into a frozen UK bank account with the intention to donate 100 percent to charitable causes as confirmed by Roman Abramovich,” it said.

“UK government approval will be required for the proceeds to be transferred from the frozen UK bank account.”

In addition, the new owners would commit £1.75 billion in further investment for the benefit of the club, Chelsea said.

Who is Todd Boehly?

Boehly is an American businessman, philanthropist and investor who went to school in Bethesda, Maryland before moving to England to study at the London School of Economics.

From there he spent time working at Citibank and CS First in Boston before moving on to Guggenheim Partners in 2001.

He launched that firm’s credit investing business and would go on to become president of the company.

In 2013 he fronted a deal between Time Warner Cable and the Los Angeles Dodgers to create SportsNet LA – a network that broadcasts all things related to the baseball franchise.

Two years later, in 2015, Boehly pooled some of the assets he collected at Guggenheim – including The Hollywood Reporters, Dick Clark Productions and Security Benefit – to found Eldridge Industries, a holding company that owns stakes in roughly 80 finance, media, sports, real estate and technology businesses.

Boehly attended Bethesda High School before moving to London to attend the London School of Economics.

Following that, he began working at Citibank, and he hasn’t looked back since, going on to achieve enormous success in the financial sector.

He received his B.B.A. from The College of William & Mary, where he later founded The Boehly Center for Excellence in Finance and studied at the London School of Economics.

What is Todd Boehly’s net worth?

Boehly joined Guggenheim Partners in 2001 after working at Citibank and CS First Boston. He went on to become the company’s president after introducing the company’s credit investing business.

Todd then spearheaded a major agreement in 2013 between the Los Angeles Dodgers and Time Warner Cable to launch SportsNet LA, a network dedicated to all things baseball.

This was a significant step forward for Boehly, but 2015 was the year when everything changed for the American entrepreneur.

He chose to combine some of the assets he had accumulated at Guggenheim, such as Dick Clark Productions, The Hollywood Reporter, and Security Benefit, to become Eldridge Industries. His good fortune resumed after this was proved.

Which other sports teams does Todd Boehly own?

Boehly is the co-owner of seven-time MLB World Series winners the Los Angeles Dodgers – who last captured the grandest prize in baseball back in 2020.

His latest bid for power at Stamford Bridge has seen Boehly team up with fellow Dodgers co-owner Mark Walters, British businessman Jonathan Goldstein, Swiss billionaire Hansjorg Wyss and US investment firm Clearlake Capital – with that consortium boasting some serious spending power between them.

What are Todd Boehly’s plans for Chelsea?

Boehly has seemingly fended off all rival interest in Chelsea – including a late bid from Sir Jim Ratcliffe, Britain’s wealthiest man – to put himself in pole position to complete a takeover before the end of May.

Blues supporters will be eager to see a long-running saga, which has presented plenty of challenges on and off the field, brought to a close as soon as possible, while they will also be pleased to hear that a potential new owner has ambitious plans for his various sporting ventures.

Boehly said while speaking at the Milken Institute Global Conference in LA: “There’s nothing like sports to excite passion. And if you have passion, then you have people who care about things.

“And if you have people who care about things, you have great opportunity. And really, it’s about curating that experience, that access, that opportunity.

“For example, we’ll have four million people coming out to Dodger Stadium this year. So, our goal is to give them the best possible experience. We still have the most affordable tickets in the league basically, for a stadium that’s full regularly.

“In some sports like the NFL, they share all the media money. In baseball, you’re really a derivative of your local market.