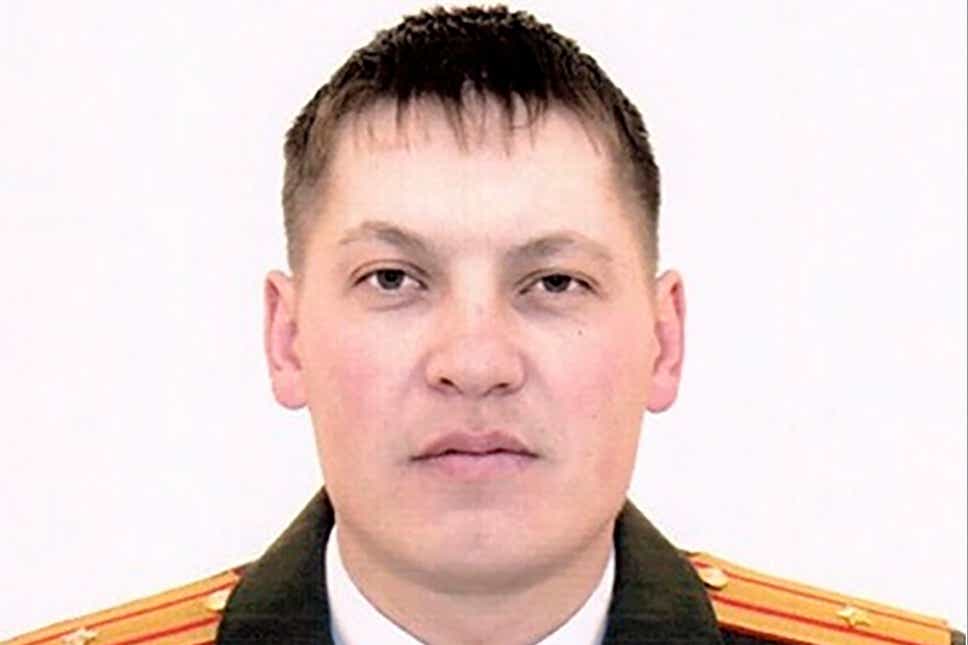 JUST IN: Commander Of Russian Sapper Regiment, Mikhail Nagamov Killed In #Ukraine—–According to report, Russian has reportedly lost another colonel in its troubled invasion of

TGM gathered that in Russian media say Mikhail Nagamov, 41, was killed during fighting in Ukraine on 13 April.

He was said to have been leader of an engineers, or sapper, regiment from the town of Rostov in the Yaroslavl region, around 130 miles northeast of Moscow.

See also  #KamalaHarris: 'Kamala Harris Will Be US President In 2024' - Gopalan Balanchandran

Almost all comments on the post were messages of condolence, though one account replied to several other commenters to accuse Nagamov of carrying out war crimes in Ukraine.

His death – if confirmed – would be the latest in a long line of high-ranking military casualties suffered by Russia since it invaded Ukraine on 24 February.

At least eight generals have been reported dead – western officials have counted seven – along with more than 30 colonels.

Ukraine said on Wednesday about 20,900 Russian personnel had been killed in the war. Russia has not updated its death count since 25 March, when it said 1,351 soldier had been killed.

On Tuesday the captain of a Russian landing ship in the Black Sea was reported dead by Tass, a state-owned Russian news agency.

Russia pulled back legions of troops from across of Ukraine towards the end of last month after failing to take any major cities outside of the country’s south.

The Russian army this week launched a new offensive in eastern Ukraine, targeting the long-contested Donbas region along with Kharkiv, Ukraine’s second-largest city.

Keen to project its military power after setbacks, the Kremlin conducted a test launch of its new, nuclear-capable Sarmat inercontinental ballistic missile (ICBM) system on Wednesday.

Vladimir Putin said the test would “provide food for thought for those who, in the heat of frenzied aggressive rhetoric, try to threaten our country”.