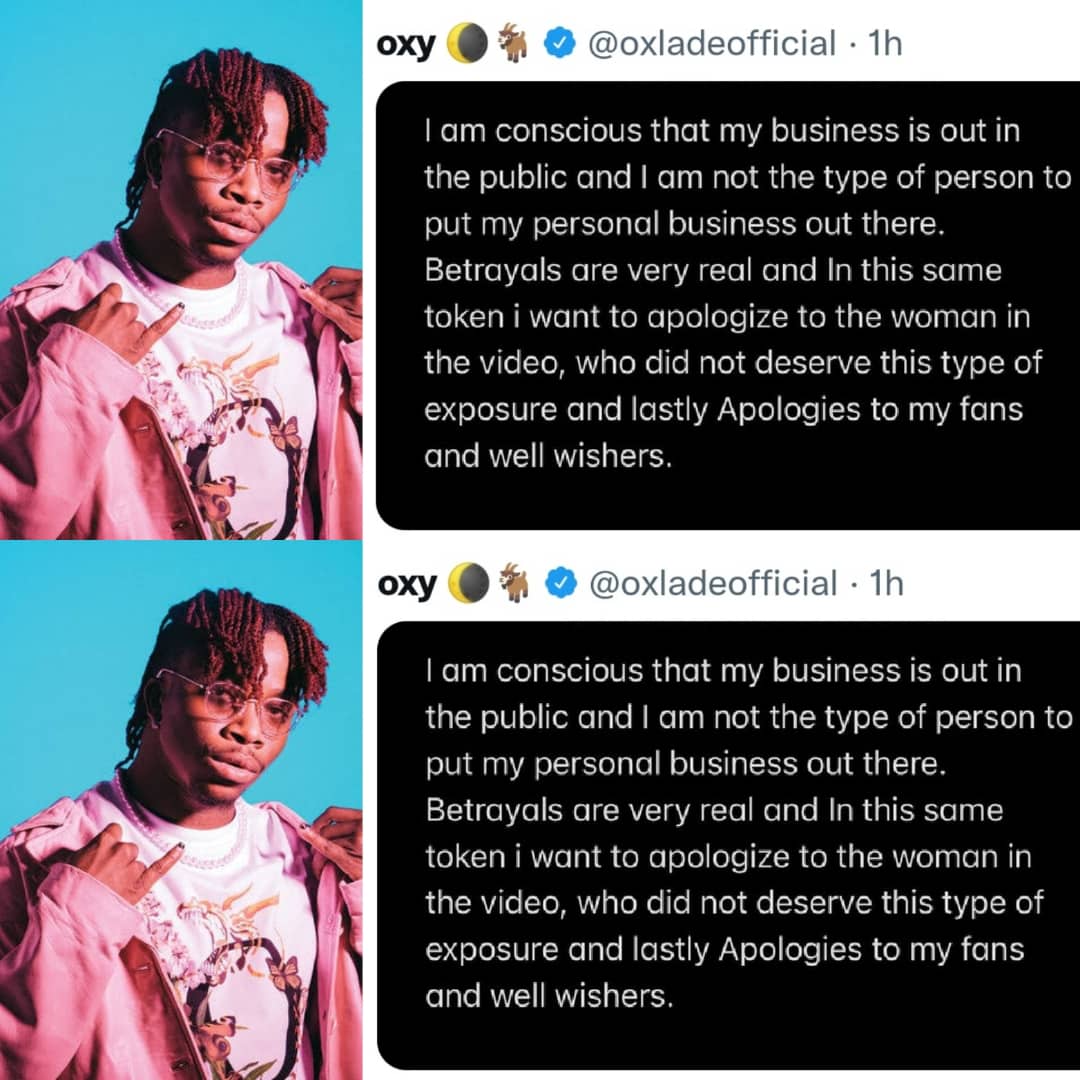 The Genius Media Nigeria reports that Oxlade made this known via his instagram handle saying “betrayals are very real” as he tendered a public apology after his sex tape went viral.

I am conscious that my business is out in the public and I am not the type to put my personal business out there.

See also  Unlike Viral Gbola Video, See What Tiwa Savage Did On Her 42nd Birthday

Betrayals are very real and in the same token, I want to apologize to the woman who did not deserve this type of exposure. And lastly apology to my fans and well-wishers.”

The sex tape, showing him “smashing” an unidentified lady, was released by a friend to whom Oxlade had sent the video in a bid to show how powerful he was.

However, the friend then recorded the streak on his phone and published it online to critical acclaim.