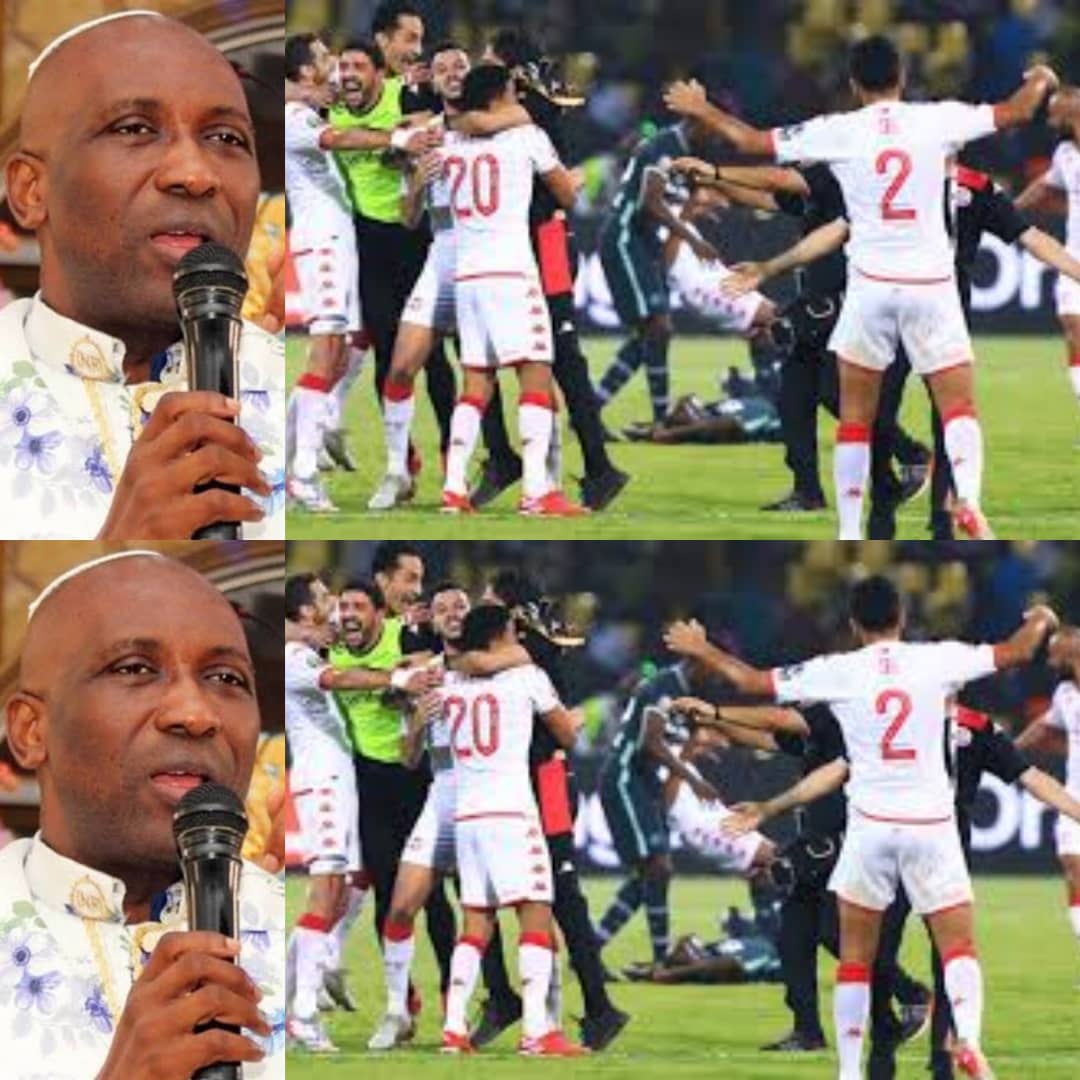 Nigeria Vs Tunisia: Primate Ayodele Prophesied Super Eagles Loss At #AFCON2021 [SEE PROOF]—The super eagles of Nigeria has recorded an unfortunate defeat at the ongoing African cup of all nations in Cameroun.

They were defeated by Tunisia by 1-0. This defeat came as a huge surprise as many never expected them to be eased out so soon.

This is because of the strength the team has, Calibre of players compared to that of Tunisia.

Meanwhile, Popular prophet, Primate Elijah Ayodele had revealed in December 2021 that the super eagles will not lift the trophy at AFCON.

See also  JUST IN: Donald #Trump Is Back On Social Media - #COVFEFE

This prophecy of his was greeted by so many critics but he stood by it and didn’t change his word.

When the game started, many thought super eagles will come out victorious but their unbeaten record in the tournament has suddenly been broken by Tunisia, fulfilling the prophet’s Prophecy.

#BATIC And #TSG To Guild Structures, Achieve Victory For #Tinubu

ZAMFARA GOVT To RESIDENTS: Defend Yourselves With Arms Against Bandits

Our Roads And Forests Are Not Safe From Criminals — Olubaka