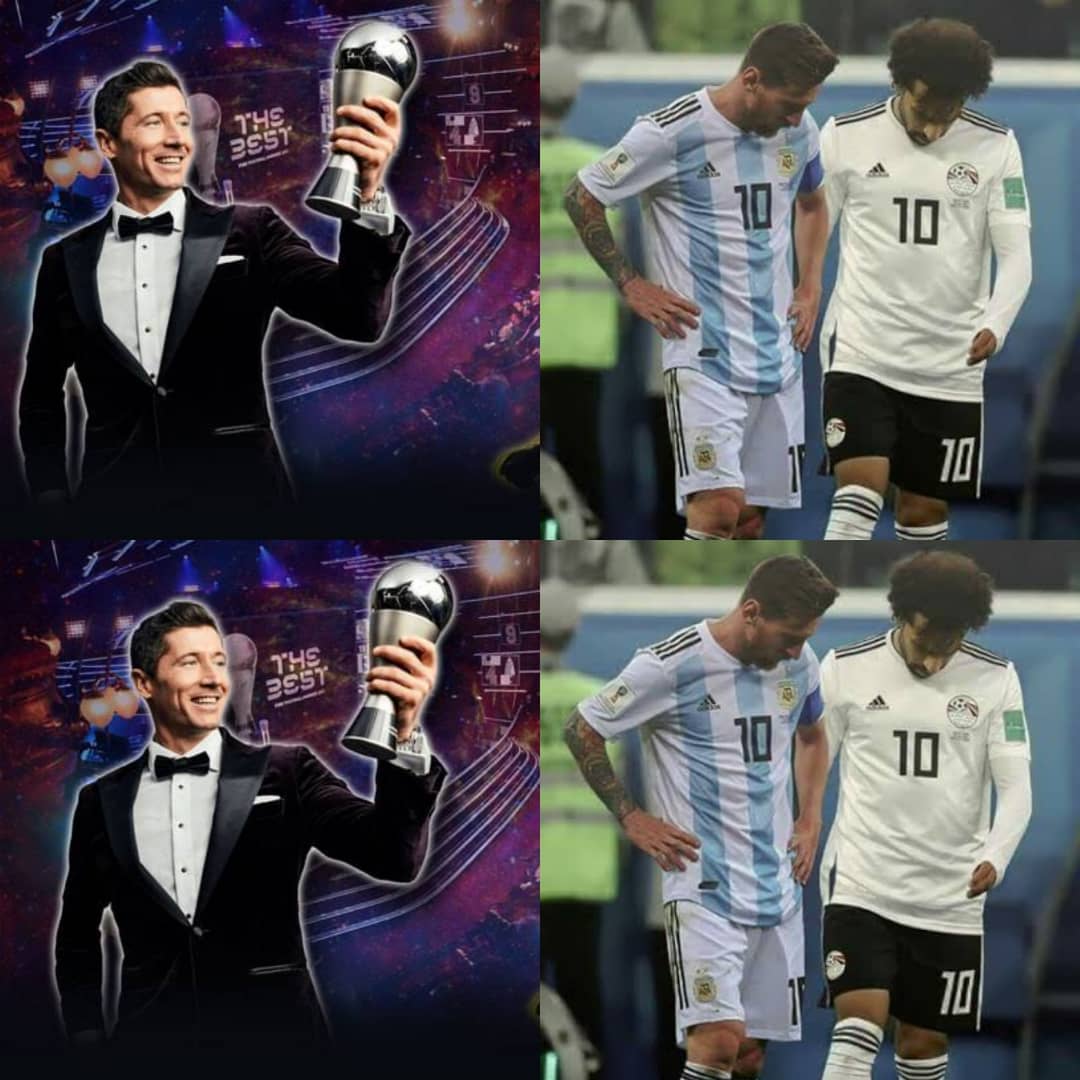 The Polish professional footballer  and Bayern Munich striker, Robert #Lewandowski, has said that it was a great pleasure for him to win the 2021 #TheBest FIFA Best Player award ahead of Paris Saint-Germain’s Lionel Messi and Liverpool’s Mohamed Salah.

The Genius Media Nigeria reports that Lewandowski was on Monday night named FIFA Best Men’s Player of 2021 ahead of Messi and Salah.

The Poland international enjoyed arguably the best year of his career in 2021.

Lewandowski added four trophies to his collection of silverware.

He was named Player of the Tournament after Bayern Munich defeated Tigres UANL in the FIFA Club World Cup final.

Reacting, Lewandowski, in a tweet via his Twitter handle, said it was a great honour for him to win the prize.

“It is a great honor and pleasure to receive the title of FIFA The Best Men’s Player Trophy.
“Thank you for your votes and your support.”