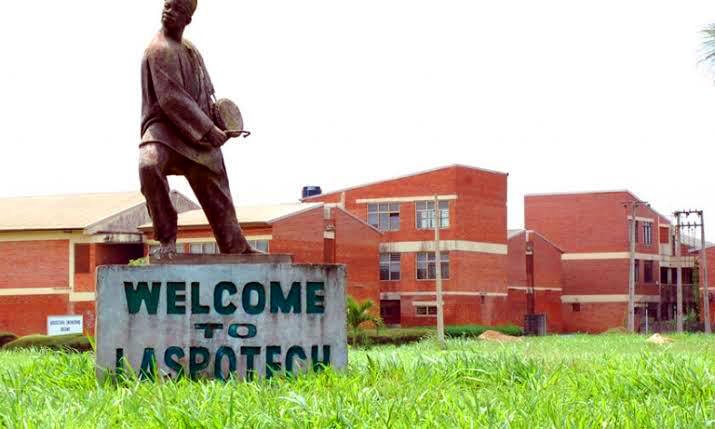 SEALED!!! LASPOTECH Now University Of Science And Technology—-As part of the development to usher in the new year, the Lagos State Government has disclosed plans to flag off two universities that were approved by the state House of Assembly and ensure they commence full academic activities from next year, 2022.

Through these schools particularly, the science and technology institutions the state government aimed towards promoting the growth of innovation and invention technologies that could solve challenges across the state.

To fast-track the take-off of the two institutions, the state government would be upgrading the Lagos State Polytechnic (LASPOTECH) to Lagos State University of Science and Technology, while the Adeniran Ogunsanya College of Education (AOCOED), and Sir Michael Otedola College of Primary Education to LASUED.

The plans to kick-off the operations of the schools were disclosed on Thursday by the Special Adviser to Governor on Education, Tokunbo Wahab, who assured Lagosian that the Babajide Sanwo-Olu administration was committed to the actualization of the project.

Wahab added that with the law establishing the proposed two varsities in place, every other logistics, including finances, equipment, and instructional materials, capacity building among others would be provided.
Through a statement the governor’s aide personally signed, he commended the lawmakers led by the Speaker, Mudashiru Obasa, for passing the bills establishing both institutions before the year runs out.

Wahab added that the house actions yesterday indicated that they supported the Sanwo -Olu administration on quality education and technology with appropriate legislation indicating their passion for education development.
While urging people of the State to support the take-off of the two Universities the way they did during the public hearing, he stated that the location of the headquarters of either of the Universities should not be a barrier since all citizens who are of Lagos State origin would have equal opportunity in terms of admissions and job placement.

The Special Adviser while commending the Speaker of the State House of Assembly, Obasa, and his members for their commitment to the growth of education in the State noted that their experiences and legislative competencies had helped to fast-tracked the process for the establishment of the Universities than expected . He said: ‘’ This is giving democracy dividends to our people, our people have expressed the need for two additional universities to give our youths more access to varsity education and the House has done the needful by holding a public hearing on it, which truly reflected the wishes of the people.

“History is made again as the two Bills for the proposed State Universities have been passed and sent to Mr. Governor for his assent, we cannot thank you enough, the Hon. Mudashiru Ajayi Obasa led the house of Assembly to always be on the side of the masses with quality legislation. Definitely, history will be kind on you and your tenure as the Speaker of the State House of Assembly and various contributions you have made to the success of a new Lagos of our dream’’ Wahab enthused

The House had during their plenary last month adopted the recommendations of the Committee on Education (Tertiary Institutions) on Lagos State University of Science and Technology Bill 2021.

ATTENTION!!! 3 #Cryptocurrencies To Watch In 2022: Logarithmic Finance, Flow and Zcash

#INEC: It’s Too Late To Tinker With 2023 Elections Timelines