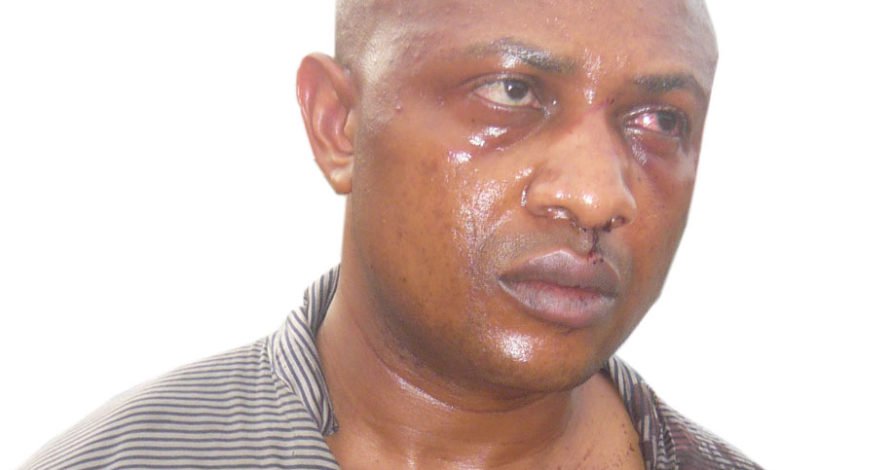 EVANS’ TRIAL: Wife Reveals How She Raised $420,000 Ransom For Husband’s Release—A businesswoman, Mrs Chimebere Ahamonu has narrated to an Ikeja Special Offences Court how she raised a ransom of $420,000 for the freedom of her husband.

The News Agency of Nigeria (NAN) reports that she gave her testimony online via the Zoom App on Friday during the continuation of the  trial of Evans and a dismissed member of the Nigeria Army, Victor Aduba.

The witness said that she had spoken to her husband in the morning of the day of the abduction, but did not sense anything amiss until evening when he was not answering his phone.

“Then, I was not living in Lagos, I was in Onitsha. I started calling everyone we knew that I did not hear from him.

See also  Lai Mohammed On DJ Switch: Who Is BankRolling You To Tarnish The Image Of Nigeria - #EndSARS

“A week later a man called my line with a hidden number that my husband was kidnapped.

“Another week later the same man called me and demanded $2million for his release. I shouted because I have never seen that kind of money before.

“I started calling family and well wishers for help,” she said.

Chimebere said another week later, the same man called her demanding for the ransom and she told him that she could only raise N5million.

The businesswoman said that she sold properties, sought donations from family and friends and managed to raise $200,000 which she sent to Lagos to her brother-in-law, Dominic to deliver the ransom.

She said that she received a phone call a week later demanding for more money and warning her never to send Dominic to deliver any ransom because he had reported them to the police.

Chimebere said that fearing for the safety of her spouse, she raised another tranche of $200,000 and came to Lagos to deliver the ransom herself alongside a relation who escorted to the drop-off site.

“I told him I have no more money that people were even calling me a scam because of the way I was appealing for funds.

“I managed to raise $20,000 and it was after then that my husband was released.

“He instructed that my husband must be taken immediately to hospital so that he would not die,” she said.

While being cross-examined by Evans’ counsel, Mr Victor Opara (SAN), Chimebere narrated the circumstances surrounding the delivery of the second tranche of $200,000 ransom.

She said she was unfamiliar with Lagos and had to be accompanied by a relation named Onyebuchi to drop off the ransom under the cover of darkness.

“I was communicating with the person on the phone throughout the process. I recognised the voice. It was the same voice that had been calling me,” she said.

Following her evidence, the prosecutor announced that the state will be closing its case against Evans and Aduba.

NAN reports that the two defendants are facing a four-count charge of kidnapping and unlawful possession of firearms.

Justice Oluwatoyin Taiwo adjourned the case until Feb. 4, 2022 for the defence to open its case

#Obedients Moment Are #Obidiots Or #ObideEnd, Says Garba Shehu In A Viral Video

China To Deepen Cooperation With Developing Countries Through Media Programmes