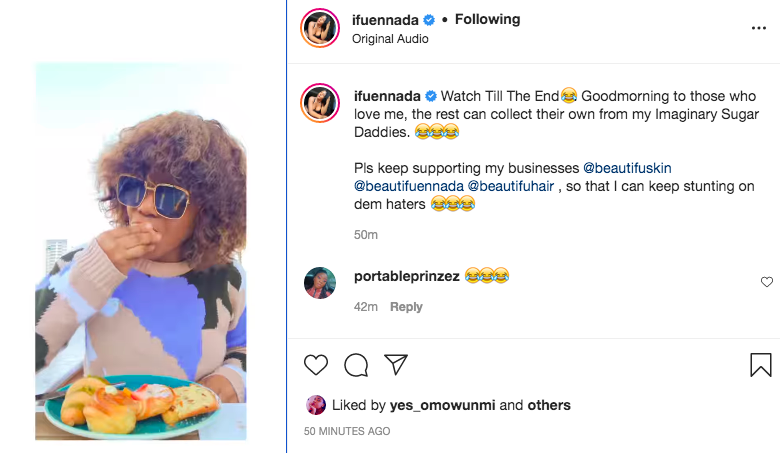 According to her, some people think that her luxurious life style which she flaunts on social media is funded by men.

She further stated that no man has ever paid her bills and she can afford the luxurious kind of life she is living from her hard work.

She stated that some girls do runs to pay their bills and afford her kind of life. She however works extremely hard to get everything she wants. She thereby pleaded with people to stop linking her luxurious lifestyle to men.

Shading those who believe she collect thing from Imaginary Sugar Daddies, she wrote:

Watch Till The End😂. Goodmorning to those who love me, the rest can collect their own from my Imaginary Sugar Daddies. 😂😂😂

@beautifuennada @beautifuhair , so that I can keep stunting on dem haters 😂😂😂