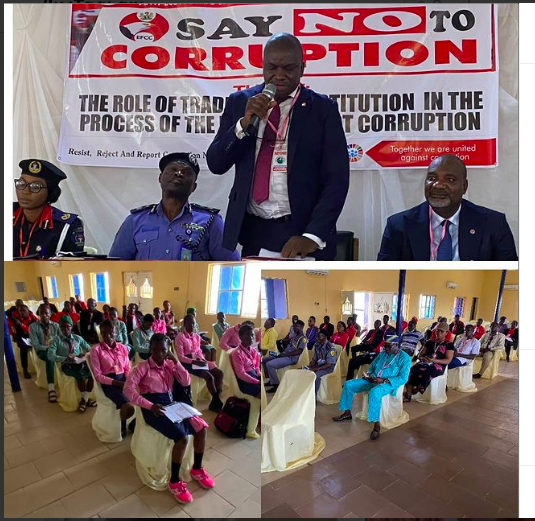 EFCC Seeks Greater Involvement Of Traditional Rulers In Anti-Graft War—The Economic and Financial Crimes Commission, EFCC, has called on traditional rulers in the country to complement its efforts in the anti-corruption fight by helping to reach out to the members of their communities.

Speaking during a Town Hall meeting organized by Right Thinkers Initiative, aka EaglePing, on Thursday, November 25, 2021 in Abeokuta, Ogun State, the EFCC Lagos Zonal Commander, Ahmed Ghali, said traditional leaders had a crucial role to play in the ongoing war against corruption and economic and financial crimes owing to their proximity to the grassroots.

Adekunle Gold Speaks On Being Broke Despite Being A Celebrated Artiste

The Fuel Subsidy Removal And The Concept Of Change

BREAKING: Davido Announce The Disbursement And How To Register For N250m Orphanage Support Fund