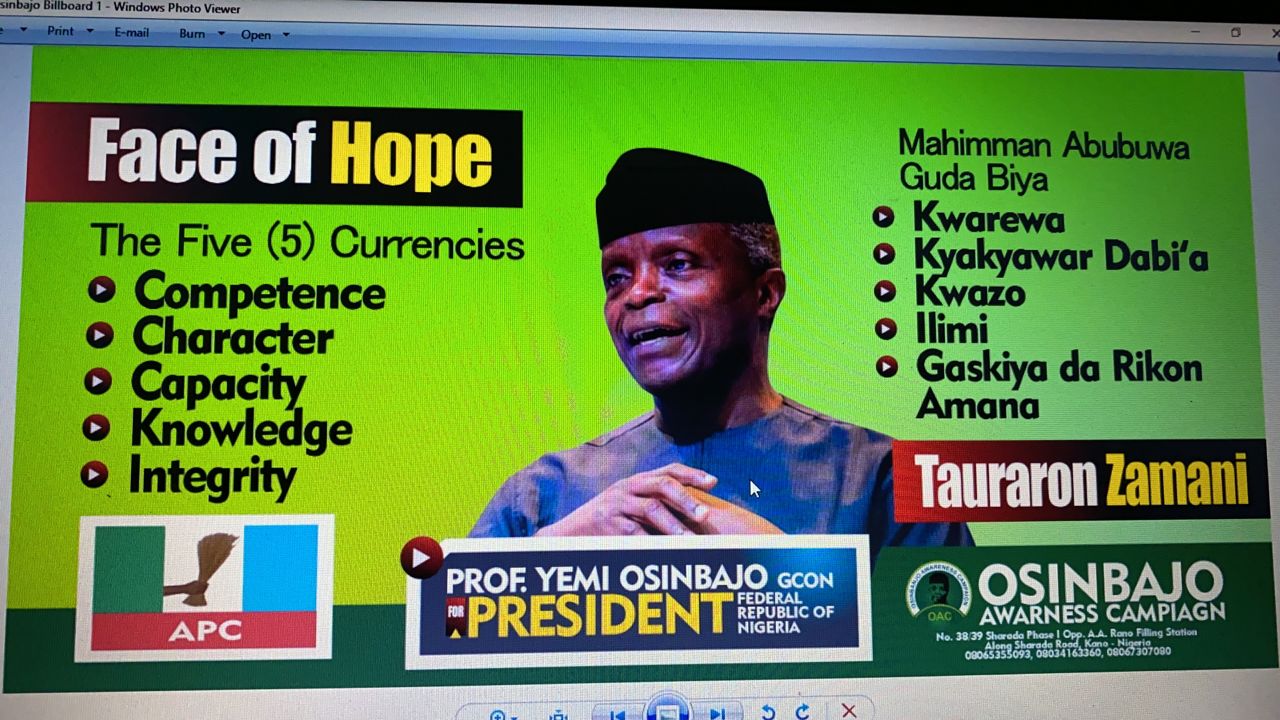 BREAKING: VP Osinbajo Opens “Face of Hope” Campaign Office In Abuja Ahead 2023 Election—-The Genius Media Nigeria reports that Vice President Yemi Osinbajo has opened a campaign office in the Federal Capital Territory (FCT) Abuja, as part of preparations to contest the presidential ticket of the All Progressives Congress (APC) ahead of the 2023 general elections.

TGM gathered that the campaign team under the aiges of Progressives Consolidated Group (PCG) has also been inaugurated on Saturday.

The said campaign office is located at No. 15b, Buchanan Crescent, off Aminu Kano, by Emab plaza Wuse 11, Abuja.

Blueprint learnt reliably that the campaign office is already decorated with the Vice President’s banner with inscription “Face of Hope.”

Sources at the campaign team told our correspondent that the Chairman of the PCG is President Muhammadu Buhari’s kinsman from Kastina state known as Dr. Aliyu Kurfi.

In this article:VP Osinbajo Opens "Face of Hope" Campaign Office In Abuja Ahead 2023 Election