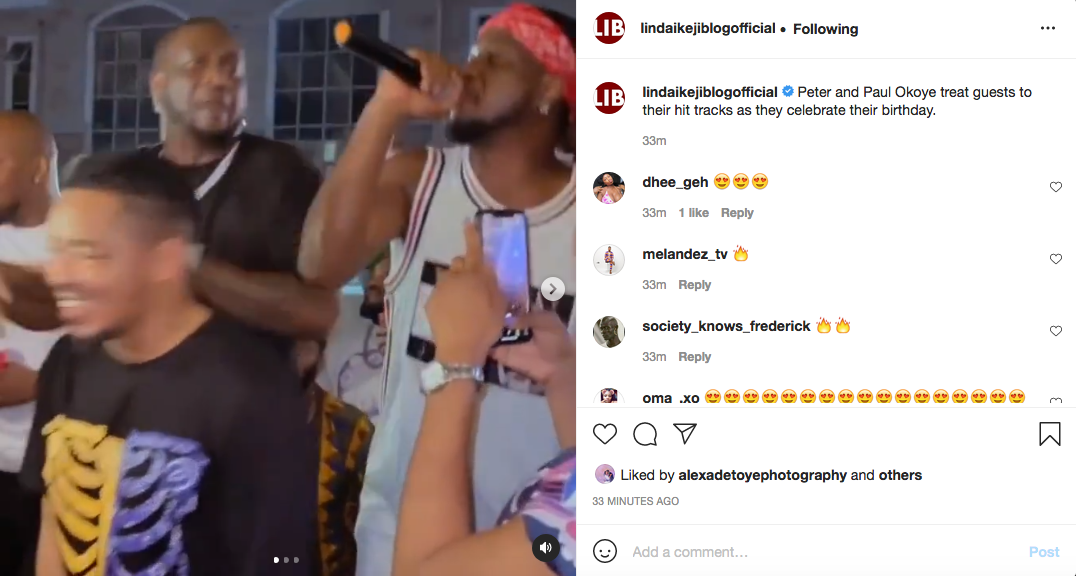 BREAKING: #PSquare Treat Guests To Their Hit Tracks As They Celebrate 40th Birthday [VIRAL VIDEO]—-As expected, Paul and Peter Okoye, members of defunct music group, Psquare were spotted in the viral video singing their hit tracks for their fans as they celebrate special 40th Birthday.

Celebrating their 40th Birthday, Paul okoye, Peter Okoye, Don Jazzy among others were spotted in the viral video entertaining their fans. 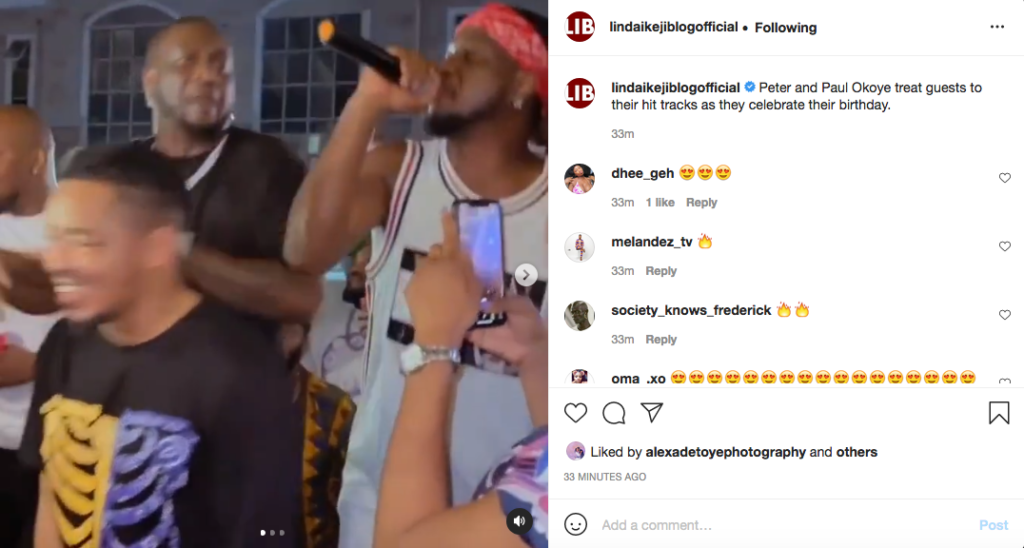 The Genius Media Nigeria, the reconciliation took place on Wednesday evening as the twin brothers met and hugged about five years after they broke up and went their separate ways.The Okoye brothers have been in the public eye since their controversial split in 2016.

The twins were said to have parted ways after a family and business disagreement on the role of Jude Okoye, their older brother and immediate past manager.

The video was made known by nedu_wazobiafm

In this article:#PSquare Treat Guests To Their Hit Tracks As They Celebrate 40th Birthday