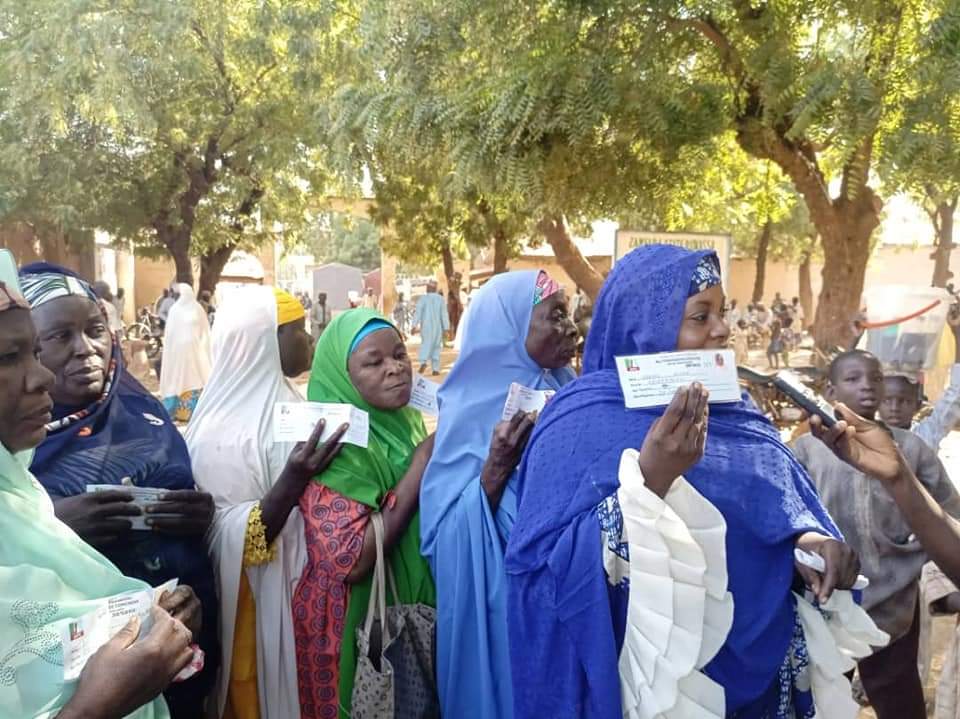 Thousands of delegates and supporters of the All Progressive Congres, APC in Zamfara state turned out in massive numbers to elect their new leadership at the ward Congress held on Saturday.

Our News medium observed that the exercise was conducted in a peaceful atmosphere across the all 147 wards, despite the much anticipated security challenge in the state.
Women and youths in large numbers attended the event while APC officials gathered to monitor the conduct peacefully.

At Galadima and Kayyaye/Matusgi wards under Talata Mafara local governments, the APC ward congress was conducted smoothly, without rancour.

We observe proceedings at the two wards, reports that party members turned out in their large numbers to participate in the elective ward Congress.

Similar reports across other wards of the state say party executive members emerged through consensus.

A delegate, Sani Maigadi from Galadinma ward of Talata Mafara Local Government Area of the state, who was interviewed by our correspondent commended Governor Bello Matawalle for ensure a transparent and rancour-free exercise.

“This Congress is one of the best so far in the state.
We appreciate His Excellency for ensure a united APC. There was no imposition and the conduct was peaceful.” He said.

The Women Leader of Galadinma ward, Hajia Husseina Talata Mafara said APC has emerged a formidable party since the emergence of Governor Bello as the party leader in the state.

Dahiru admonished the newly elected party leaders to be transparent and carry party members in running the affairs of the party.