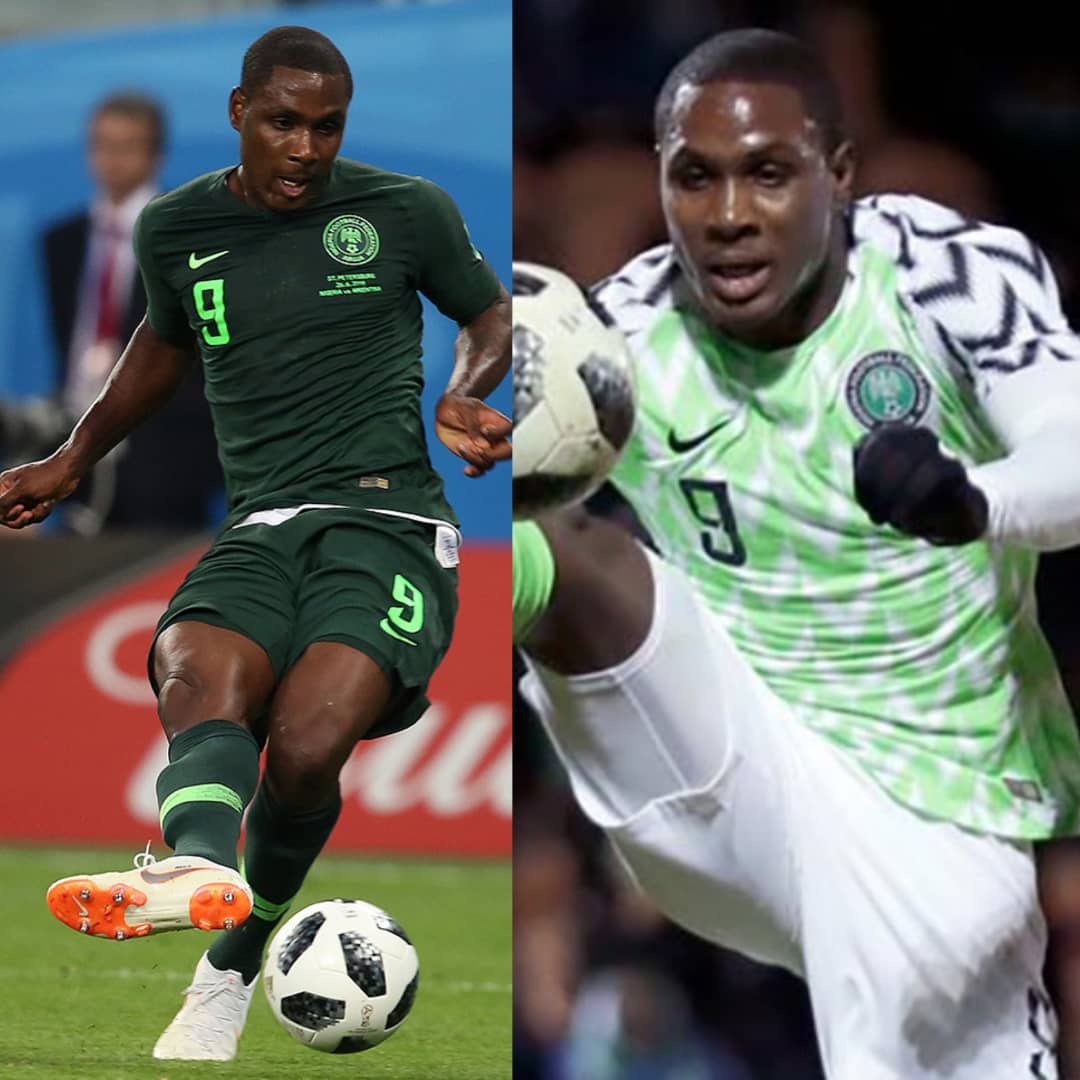 Reactions Trail Ighalo’s Return To Super Eagles Ahead Of #Qatar2022 Qualifiers—It is no surprise that Al Shabab Football Club of Saudi Arabia striker, Odion  Ighalo has been called back from retirement to the Super Eagles team to face Liberia and the Blue Sharks Of Cape Verde in the crucial Qatar 2022 FIFA World Cup Qualifiers.

Ighalo had called it quits with the National team after the Super Eagles Third Place finish at the 2019 African Cup of Nations Championship in Egypt. But Coach Gernot Rohr had not stopped persuading him to return to the team.
He has now heeded to the voice of the Franco-German tactician to add his wealth of experience to the younger attackers in the Super Eagles frontline.

Rohr released a list of 24-players including Ighalo and Super Eagles Captain, Ahmed Musa leading the pack of European based players invited.

The Super Eagles will tackle the Lone Star of Liberia at the Grand Stade Tangier in Morocco on Saturday, 13th November and then fly into Lagos for the final group game against Cape Verde’s Blue Sharks at the Teslim Balogun Stadium on Tuesday, 16th November.

Top of their group with nine points but hotly chased by seven-pointer Cape Verde who host Central African Republic on the island of Mindelo, the Eagles need the three points against the Lone Star on the neutral turf of Morocco’s principal northern city to remain on firm ground when hosting the Blue Sharks three days later in Nigeria’s commercial and industrial capital.

Some sections of Football fans have applauded the invitation of Ighalo, saying his wealth of experience will help the younger striker.

Femi Oyebanjo, a Super Eagles supporter said the invitation of Ighalo will further create competitiveness among the likes of Onuachu, Iheanacho and Osimhen.

“Our attack will be more solidified and this will make everyone sit tight and battle for places in the team. He has the experience that will propel us on achieving victory and been at the world fiesta”, he said.

In this article:Reactions Trail Ighalo’s Return To Super Eagles Ahead Of #Qatar2022 Qualifiers

BREAKING: Three Cases Of Omicron Strain Of COVID-19 Confirmed By NCDC In Nigeria