OYO JAILBREAK: Correctional Service Releases Names And Photos Of 122 Escapees—-The Genius Media Nigeria reports that the the Nigerian Correctional Service, on Wednesday, released the names and images of 122 inmates who escaped from the Abolongo Custodial Centre in Oyo State.

The inmates had escaped the correctional centre on Friday, October 22, 2021, after unidentified gunmen attacked the facility.

The Federal Government had enlisted the help of Interpol in recapturing the fleeing inmates when the Minister of Interior, Rauf Aregbesola visited the facility after the incident. 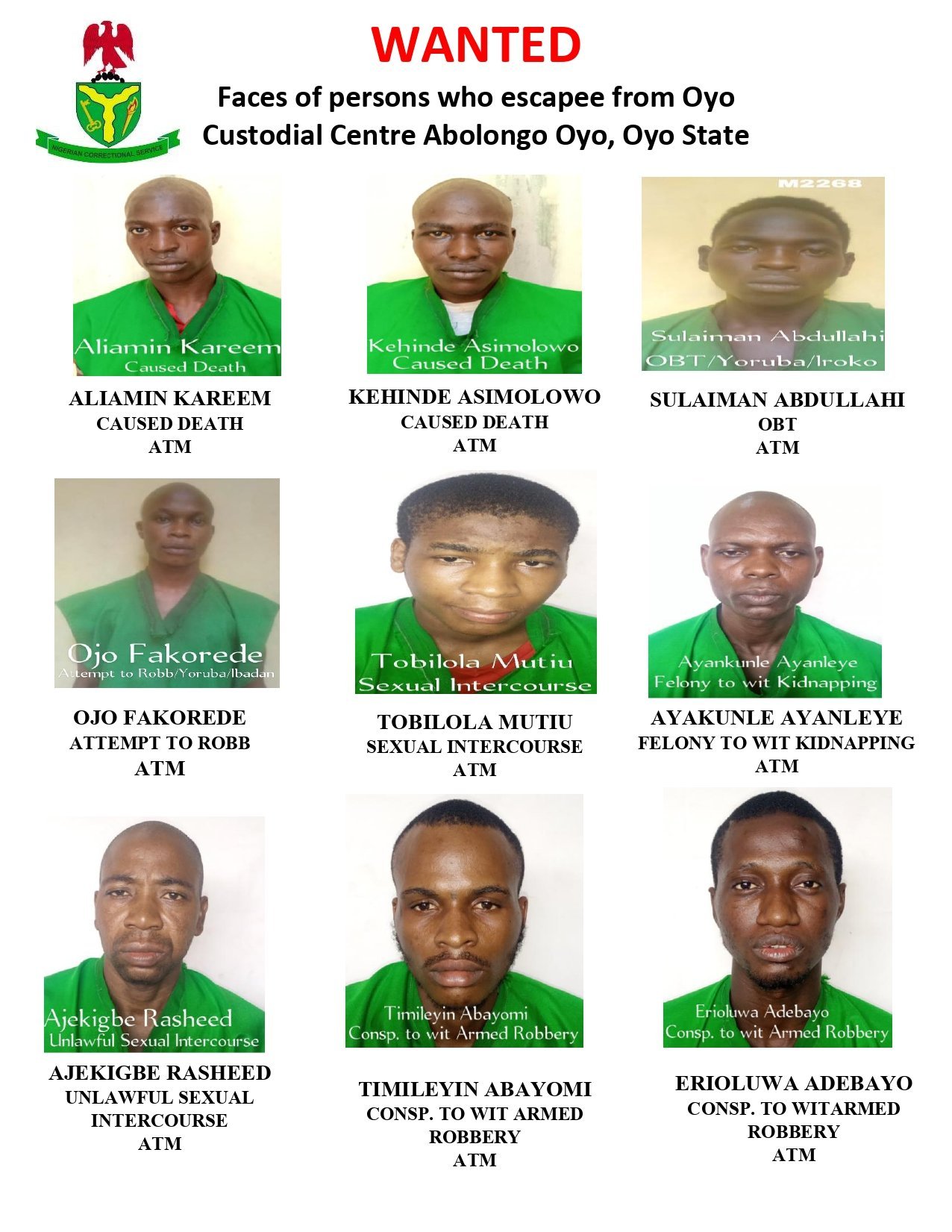 As of Monday, October 24, 463 inmates had been recaptured with more than 300 still at large.

However, it is unclear if the names and images released are the remaining inmates who are still at large.

In this article:OYO JAILBREAK: Correctional Service Releases Names And Photos Of 122 Escapees