The Genius Media Nigeria reports that the 80-year-old ex-footballer falls into the priority group for people to receive the vaccine in Brazil where more than 8.47 million doses have already been administrated.

Citizens above 80 are considered high risk of coronavirus complications.

“Today is an unforgettable day: I received the vaccine,” Pele wrote on social media.

The football legend also urged others to get the vaccine towards ending the deadly virus. “The pandemic is not over yet. “We must maintain discipline to preserve lives until many people have been vaccinated.

“Please continue to wash your hands and stay home if possible. When you go out, do not forget your mask and keep your social distance.

“This will happen if we think of each other and help each other.”

Brazil has been one of the countries that have been most affected by the coronavirus pandemic since there are more than 10.6 million people who have been infected, as well as more than 256,000 deaths due to COVID-19. 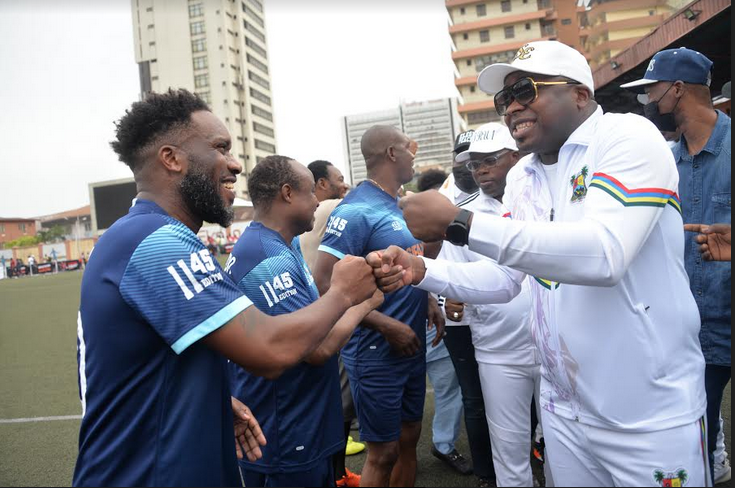 Rite Foods Excites Sports Enthusiasts At Elegushi Peace Cup Tournament In Lagos—-Rite Foods Limited, a truly world-class and proudly Nigerian foods and beverages company, on Friday, dazzled fans of celebrities, sport lovers, guests and Lagos residents as it threw its weight behind the 11:45 edition of Elegushi Peace Cup, that kept fans, spectators and guests in excitement.

According to Oba Saheed Elegushi, the vision of the Elegushi Peace Cup is to promote peace and unity through passion. It is His Royal Majesty’s belief that for peace to reign in Nigeria, every stakeholder must rise up at this critical period with good initiatives that will complement the existing efforts by the various arms of government, and that ‘the traditional institution, as the custodians of the nation’s history and heritage must be supported to lead this new drive.’

“While the ‘Elegushi Peace Cup is the project, the Legends for Peace is the platform,” he said.

In her remark, the Assistant Brand Manager, Rite Foods Limited, Bolu Adedugbe, stated that the company, is committed to promoting the cultural values and heritage of the people as well as youth and sports development by creating valuable experiences through such platforms, hence, it has decided to celebrate with the Oba who is keenly interested in youth and sport development.

“Elegushi Peace Cup created the platform for us to emotionally connect with our consumers and actively engage in community development to encourage sports and promote peace. The Fearless energy drinks brand being the frontline sponsor shows the brand is on the right platform as it has created its desired experience for consumers,” she stated.

She further congratulated the Oba for being a pillar of support for youths by championing causes to promote peace and unity.

It was an exciting experience for all as four teams which comprised team Nollywood, team Music, team Comedy and team Soccer, played a novelty tournament to promote peace and unity among Nigerians, especially the youths.

In the tournament, Team Nollywood emerged winners, thus clinching the trophy, with the next edition dubbed 12:46.

The ‘Fearless’ Energy brand as well as other Rite Foods products were readily available to keep all players, guests and fans refreshed and energized for the occasion that was spiced up by entertaining moments of football played by A-list celebrities and ex-international award-winning players, leaving fans clamoring for more enjoyment already created by the Rite Foods brand. 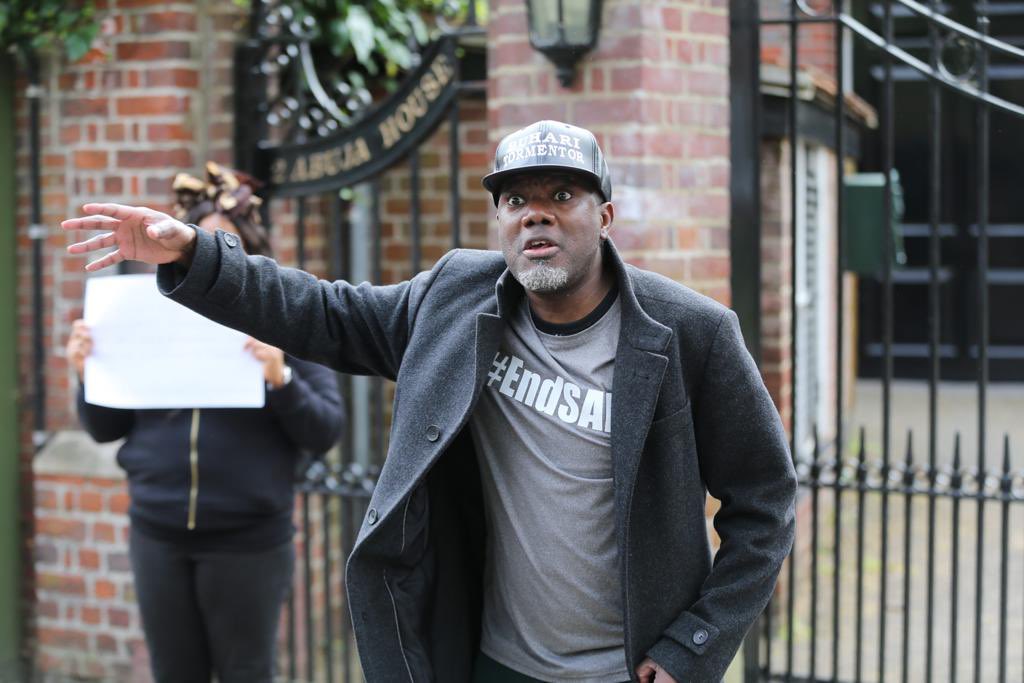 Reno Omokri Send Strong Message To Celebrities Who Goes Broke In Old Age—Foremost Author, lawyer and Former aide to ex-president, Goodluck Jonathan, Reno Omokri in a recent tweet has advised Nigerian celebrities to plan for their future as they may not get sympathy if they go broke in their old age.

The Genius Media Nigeria reportsThe political activist made the post on Twitter in reaction to the trending topic on veteran celebrities entering into depression in their old age.

If you are an actor, singer, or other celebrity, invest the money you make now for your future. Dont use it to go broke trying to look rich. Because, there’s little sympathy for celebrities who go broke in old age and accuse fans of abandoning them

If you are an actor, singer, or other celebrity, invest the money you make now for your future. Dont use it to go broke trying to look rich. Because, there’s little sympathy for celebrities who go broke in old age and accuse fans of abandoning them#FreeLeahSharibu #RenosNuggets 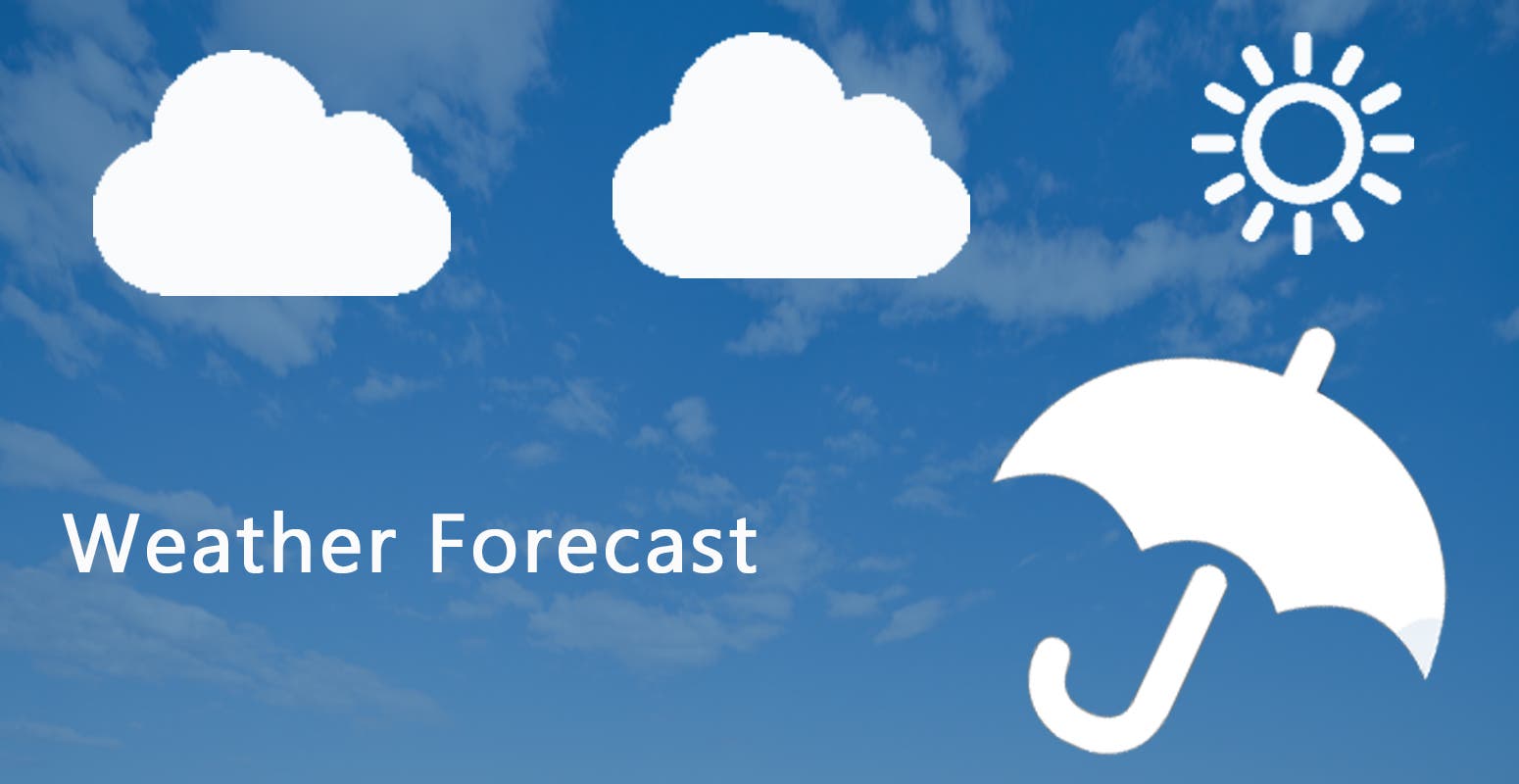 NiMet’s weather outlook released on Friday in Abuja predicted sunny and hazy skies over the Northern region with chances of thunderstorms over Taraba during the afternoon and evening hours on Saturday.

According to it, the North Central cities should be in partly cloudy skies during the morning hours.

The agency forecast chances of isolated thunderstorms over Kogi, Niger, Kwara, Southern Benue and Southern Nasarawa in the afternoon and evening hours.

It envisaged partly cloudy to cloudy skies over the Inland and Coastal cities of the South during the morning hours.

“For Sunday, Sunny and hazy skies should prevail over the Northern part of the country with prospects of dust haze over Borno, Yobe and Jigawa within the forecast period.

“Partly cloudy to cloudy skies are expected over the North Central cities during the morning hours with chances of a few thunderstorms over parts of Plateau, Nasarawa and Federal capital Territory during the afternoon and evening period.

“It should be mostly cloudy skies over the Inland and Coastal cities of the South with prospects of isolated thunderstorms over Akwa Ibom, Cross River, Rivers and Bayelsa states during the morning hours,” it said.

According to it, isolated thunderstorms are expected over Ebonyi, Abia, Enugu, Anambra, Imo and the entire Coastal cities of the South.

NiMet predicted sunny and hazy skies over the Northern region with prospects of dust haze over Borno, Yobe, Kano, Katsina, Gombe and Jigawa during the forecast period.

It envisaged partly cloudy to sunny skies over the North Central cities with chances of isolated thunderstorms over Kwara and Kogi during the afternoon and evening hours.

“Partly cloudy to cloudy skies should prevail over the Inland and Coastal cities of the South in the morning hours.